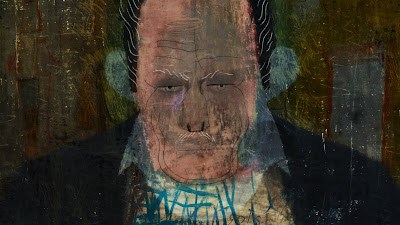 Bastien Dubois attempts to come to terms with what may or may not have happened during the time his grandfather was fighting in Algerian War.
In a wonderfully unexpected way SOUVENIR SOUVENIR has a lot to say about how we see our past, how our families see it, and what we choose to share with the ones we love. It also asks how much do we want to know (Dubois never did basic research that might have told him what he wanted to know via other means.) Its a film that doesn't take the expected road and as a result we are in much richer territory since there is much we have to sort out for ourselves.
As a historian of sorts, and a documentary fan I was fascinated by the effort that went into trying to pry loose the stories he wanted to hear. I never had the problem of not being told anything. My relatives loved to talk about things. It wasn't until recently that I found out that my dad had to pry out stories of the second world war from his father and other relatives. They simply didn't want to share the horror. Watching something similar play out in the film I connected to the past of my own family.
This film is a stunner. I highly recommend it.
Posted by Steve Kopian at January 28, 2021