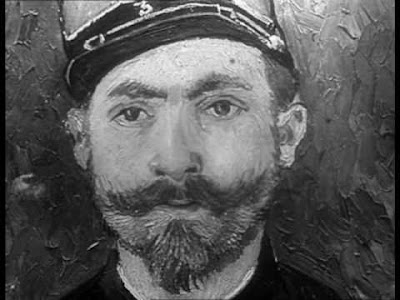 VAN GOGH (1948)
This is a very good look at the life of Vincent Van Gogh told using narration and his paintings. The result is a really cool look inside the man since in a way we are seeing the world as he did.

I really liked this film a great deal. While the film is short, it runs only 18 minutes it gives us a very good sense of the artist, or as much as we could have gotten in 1948. I say this because how the world sees Van Gogh had changed over the last 70 years as what we have learned since then has changed we think abut him. Now we think have come closer to understanding him.

The use of the paintings is very cool. Think of it as a black and white version of the Oscar Nominated LOVING VINCENT which was painted in the style of Van Gogh's art.

Definitely worth a look, especially in Ovid's restored edition 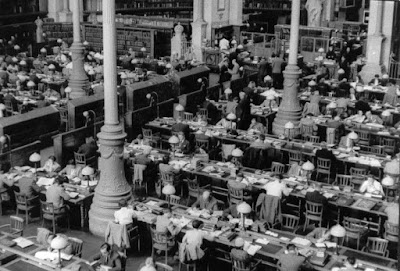 ALL THE WORLD'S MEMORY (1956)
Portrait of the Bibliothèque Nationale in Paris and the wonders contained inside.

A much too brief look at what the film would term "reminders for the shortness of out memory", this is  a look at a grand depository for all things written and artistic. It's a portrait of a library when libraries were grand structures full of boos and prints and people and not slowly being replaced by digital nonsense. It is a love letter to things that are tactile.

In a way this is a glorious twenty minute puff piece. Its a film that the old book lover in me has fallen hard for. I want to jump on a plane and fly to France to wander it's halls, but at the same time I know things have changed. It is probably not quite as grand and dusty.

What I love about the film is that the film makes you reconsider how we remember how we remember- once there were grand places like this, now there are laptops. What is this doing to our brains and our sense of connection to the past? It's something to ponder.

This film is a must.