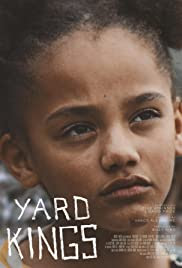 The film is the story or a young girl and her friend who begin putting together a home in a scrap yard. She is fleeing a bad home situation, her mother is in an abusive relationship and she wants no part of it.

This is one of those films you need to see for yourself. I say that as someone who wasn’t completely pleased at the start. I thought the kids were not as good as some other kids I saw in some recent films. And then somewhere about half way in everything clicked and when the end came I just audibly said WOW.  I won’t say what happens but I will say the end has an emotional punch that makes me want to see a longer version of this. I want to have a better idea who these characters are. Don’t get me wrong what here is choice but a longer of this film could really kick ass.