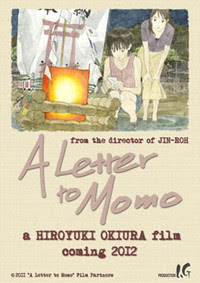 Today is the next to last day of the New York International Children's Film Festival, say it isn't so....

In order to stock up on family friendly goodness until next year, I made my way to the Asia Society for two movies.

First up was Takashi Miike's Ninja Kids!!! I was lucky enough to see it for the first time last year at the NYAFF. I've seen it a couple of times since then on an import DVD, but I had to jump at the chance to see it with an audience of kids. I had a ball. Listening to the kids laugh and groan in all the right places was a joy. As I've always said this really is a movie for kids.

The second film was A Letter to Momo. 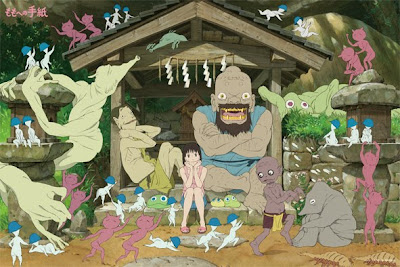 Written and directed by Hiroyuki Okiura, who directed the classic Jin-Roh, the film tells the story of Momo and her mother. Mourning the loss of Momo's father the pair returns to the island where her mother grew up. As the pair tries to come to terms with their loss, Momo finds that there are three goblin's living in the attic and they are causing all sorts of trouble on the island. (Its not giving anything away to say that the reason the goblins are there has something to do with Momo).

This is a sweet little film. It's a film that nicely examines how we grieve, how we try to come to terms with things unsaid, the wrong things said, and the things we cherish from those we've lost. The title comes from a letter Momo's father. He had started it shortly before he left on a trip that took his life.

I have reservations about the film. it's too long at 120 minutes. Its also too rambling and somewhat unfocused, but by the time the end came I was primed to get weepy. Tears were running down my cheeks. Okay yes I am a mush at heart, but I wasn't the only one fighting the tears, I heard sniffles all over the place.

I've heard rumors this is coming to the US. If that is indeed the case, it's worth seeing. 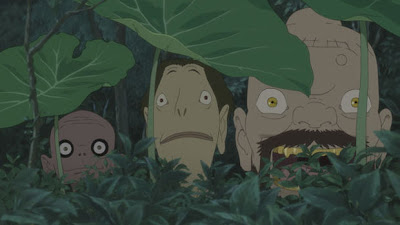