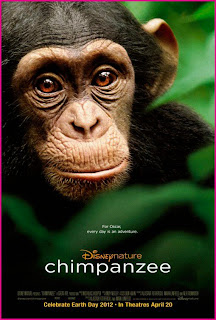 Long day at the NYICFF. Unfortunately it won't translate to a long post for a bunch of reasons which I'll explain.

The Children Who Chase Lost Voices From Deep Below is the latest film from Makato Shinkai, the director of 5 Centimeters a Second and Voices From Distant Stars, two of the best animated films you're likely to ever see. This time out we get a great looking but over long mess of a film. The plot of the film is a variation on the Orpheus legend, about a trip to the underworld, melded with outright steals from Hiyao Miyazaki films.

I'm kind of shocked at the steals since Makato Shinkai's work is nothing if not uniquely his own. I kind of gave up on the film when the sequence where Shin leaves his village to get the "topsiders" was a chapter and verse lift from the beginning of Princess Mononoke where our hero is given a mission, says good by to a girl and then rides off to his fate.

I'm not going into ripping the film apart. Its not that bad, it's just an okay film, but anything I have to say will border on a savage attack, which it doesn't deserve.

If you want to sea lovely but a mess of a film, wait for the DVD.

Chimpanzee was screened as a sneak preview. Signs said the film wasn't to be reviewed.

I'm going to be a good boy and not say anything, other than if you like the trailers you will probably like the film. I'll also say that perhaps at some point closer to the films release on April 20 I'll write a review since there is more to say about how I feel and a great deal that needs explaining.

Lastly I met Randi, John, and Bully and we saw Yellow Submarine on the big screen.

I LOVE this film. It's one of my all time favorites and a film that I can quote almost verbatim.

The joy of the screening was seeing it with an audience of kids who never saw it and left loving it. The end of the film when the Blue Meanies are sighted outside the theater and the Beatles say we should all sing result in a spontaneous sing-a-long of All Together Now. That my friends was true movie magic.
Posted by Steve Kopian at March 11, 2012