NYICFF Day 2: Lotte and the Moonstone Mystery and Cinderella Moon

Spent the day bouncing between Cantor Film Center for Screenings related to the NYICFF and the IFC Center which was running Zarafa which is a family film running as part of the Rendezvous with French Cinema series. I'll review that film on it's own in a little bit. Right now I want to take a look at the two NYICFF films.

First off, to the horse young lady from the festival who stopped me coming out of Cinderella Moon, see I really do review films.

Lotte and the Moonstone Mystery (2011) 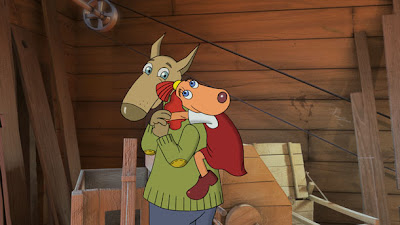 Sequel to the much loved Lotte from Gadgetville has Lotte and her uncle trying to track down the mystery behind three mysterious stones that are being sought after by a pair of robed figures. The quest leads them into the country where the pair has a variety of adventures.

The average age of the audience for this film seemed to be about five. Any adults, other than myself, were there with little ones. As a film in total the young kids are the perfect age for Lotte's weird adventures. All of the kids seemed to love it. Even when I was on line for Cinderella Moon the kids were still talking about it.

For me, who is basically big kid, the film was just okay. The film is pretty much a stream of consciousness adventure that has Lotte and her Uncle traveling to meet his friends, dancing, meeting penguins and traveling to dreamland. As separate pieces the film is brilliant. As a movie as a whole the film doesn't really hang together and seems like it's simply filling time.

Then again I'm the wrong person for this film and if I was five I would have loved it. If you have kids the right age, take them because they will love it.

(I also need to say that the animation is a brilliant mix of styles, and if you like the art of animation give the film a go) 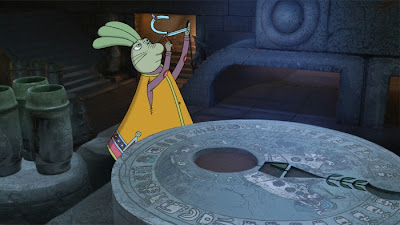 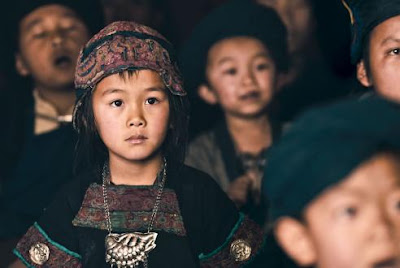 Richard Bowen's Cinderella tale is based on the earliest known version of the story, which dates back to 768 in China. Its the story of Mei Mei, who's mother dies leaving her with her father and his first wife. She is reduced to finding joy making pottery and dancing in the ornate fish covered shoes that her mother left her.

Ten years on Mei Mei is a master potter of some reputation. When her father dies her life is thrown into turmoil as her step-mother begins to make moves to assure they have enough to eat. Complicating matters is the fact kingdom she lives in is in turmoil. The king will only marry someone he truly loves. The moon has stopped moving in the sky. Worse the king has seen Mei Mei dance and is convinced an angel has come to earth.

This is a solid film about finding your place in the world by being yourself. Its a wonderful take on a well worn fairy tale. The setting of ancient China adds greatly to what could have been a been there and done that story. The cast is great and they hit every note perfectly.

Okay I need to say something because the version being shown at the NYICFF has a serious flaw - its BADLY dubbed into English. I mean it's often like watching bad martial arts movies. I was groaning when I saw the voices out of sync with the mouth motions. Also having seen some of the actors and actresses before in Chinese films I could sense that the rhythms of what they were saying did not match the English they were speaking. Granted you may not notice, odds are you won't care, but in all honesty the poor dubbing made me drop this film down from an excellent one to being just a good one. Don't get me wrong its worth seeing, but I think that had it been subtitled this would have been a must see instead of a should see. 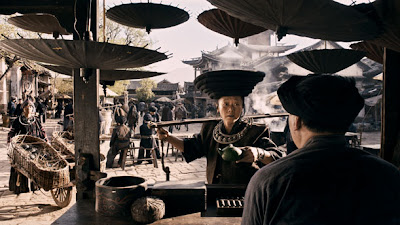 Reservations aside this was a good day at the movies.
Posted by Steve Kopian at March 03, 2012