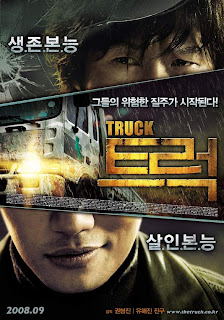 Korean serial killer has enough twists and enough going for it that you have to wonder when Hollywood will snap it up and remake it.

The plot has a trucker just trying to make ends meet and get enough money to take care of his mom and his daughter. When it turns out that his daughter needs a heart transplant he does what ever he can to get money for the operation. When that isn't enough he gets talked by a friend into gambling the little money he has, and his truck, in what turns out to be a crooked card game. When he finds out he was cheated he attacks he friend. As their battle goes down a hall way they crash through a door and into the bloody aftermath of the crime boss hacking up a few former friends. Making a deal with the devil he agrees to transport the bodies far away. Unfortunately things turn really tense when he stops to help a cop in a crashed patrol car...and did I mention there is a serial killer on the loose?

The pros in this case are the cons...

In it's way this is a well worn story,its exactly the sort of thing that we've seen in variations any number of times. It hits pretty much every point that you think it will...

...but at the same time it hits those points dead nuts perfect. You know how its going to go and the film does it pretty much flawlessly, with the result the film is nicely tense, but not as tense as it could be.

Its a film that makes you thrilled that's its so well done, but annoys the piss out of you because it isn't treading any new territory.

Don't get me wrong its a really good film, but I can't help that with a little more creativity it could have been great.

At the same time who said every film has to hit it out of the park every time. An in the park triple is pretty cool too.

(IMDB lists the title as The Truck, however everywhere else its simply Truck) 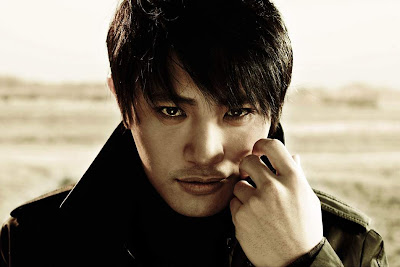