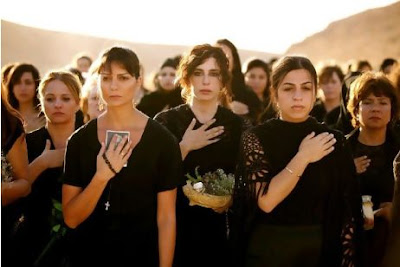 New Directors New Films opening night film is the story of a small isolated village in Lebanon. The Church and the Mosque sit side by side. The people in the town get along for the most part, until sectarian violence flairs and someone ends up in the cemetery. The cemetery for Christians is next to the one for the Muslims. The women of the village are fed up with the BS and in an escalating series of ploys they try to keep the men from killing each other.

I'm mixed about this film. Its a beautiful movie, with a great cast of largely non-professionals. It has a large number of characters you'd be happy to spend an extended period of time with...

...unfortunately the script seems to be a only half formed. We get bits of the story of this town, but instead of filling in enough details it simply jumps to the next bit. Its all in the service of the point of film, which is a condemnation of sectarian violence, we are after all the same, right.

Don't get me wrong, its a good film. Its enjoyable. It's just not a great film. Its too intent on beating us over the head with its point, something it starts early on with it's frequent attention to the portraits of the dead. For my money a better look at sectarian violence is the brilliant The Time That Remains about the Arab Israeli conflict. Its a film that makes you laugh, makes you cry and ultimately makes you think.

Ultimately you should give the film a try. Its got some great characters you really do want to meet. You'll also want to see the musical numbers which are quite good. 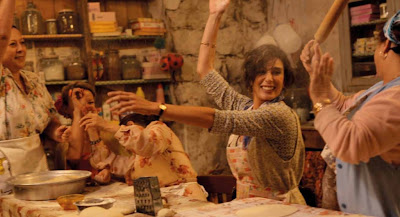