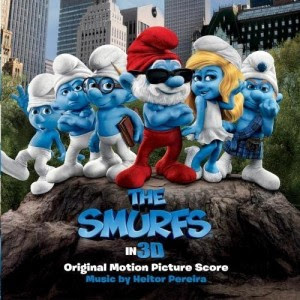 Sue me I find The Smurfs funny.

A loving revamp/homage/send up to the original cartoons/comics and all that is related to it, this film is strangely funny. I say strangely because I didn’t expect to enjoy this film as much as I did.

The plot has the Smurfs getting ready for a big festival, when clumsy accidentally leads Gargamel to the village. Through magical circumstances Gargamel, his cat and several Smurfs end up in Manhattan. Much mayhem ensues.

A wicked mix of computer animation (so much so the film was on the list of possible animated films for the Oscars) the film perfectly takes the comic/cartoon sensibility and bends it to the real world. I laughed and giggled all the way through the film, a fact which surprised the hell out of me. I was watching the Smurfs run madly all over FAO Schwarz and suddenly realized how much I was laughing…it was way more than I thought I would be.

Damn this movie makes me smile. Its just so silly, in the right sort of way...

On some level it works because the script is clever, but it actually works because the cast, especially Neil Patrick Harris and Hank Azaria seem to be having a great time. If you didn't sense the smiles they couldn't hide, this movie wouldn't have worked as well.

I had a blast watching it. Frankly I can't wait to show it to my niece because I think she'll have a blast with it as well.