Based on an Internet romance and tweaked by the filmmakers going out and interviewing people about their break ups this is a very cool little romance, though I don't know if it really is a romance...

The plot of the film has a young woman crashing and burning in an instant when she finds her fiance and her best friend shopping  and being much too intimate together. Descending into a funk, a fact not helped by her job as a wedding planner, our heroine ends up connecting with the guy one desk over. The film charts the 30 plus days from the end of the relationship onward

Okay stop thinking in normal terms, this is not a typical romance. Hell I'm not even sure you could call it a romance since the leads never are romantic, they are simply supportive friends...and it's wonderful as a result because the film takes any and all expectations and throws them out the window.

In reading on the film, I had to do a bit of research since the films subtitles were incomplete,  I heard the film described as not so much a romance but the path one woman takes to finding a really good friend, and you know that's exactly right. Its the sort of film that proves that men and women can be good friends. 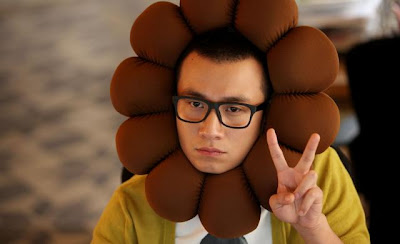 What I like about the film is that it all feels real. this is something like the course many people follow when their romances explode. You end up being mopey and hanging out with friends. Your clients and co-workers make you crazy (our heroine's rich clients are a scream). Life seems different and uncertain.

And then there is the fact that unlike most romances of a similar nature we see why the couple broke up. In other films we never see things from the other side, sure we will get glimpses, mostly  things are never addressed or simply turned into a quirky joke. Here that's not the case as we find out why it all went south when her ex tells her what went wrong and why he left.

I really like this film a great deal. I do need to see it again simply because the import I picked up in Chinatown was flawed (some scenes were subtitled and some were not) but at the same time I want to go back and spend more time with the characters, in a weird way I want to see if they can get it right this time or where they go next (granted an impossibility since films don't reset themselves)

If you want proof that Chinese cinema is more than crime and martial arts look no further than this film. Here's proof that some of the great romances are coming out of China only no one seems to realize it. 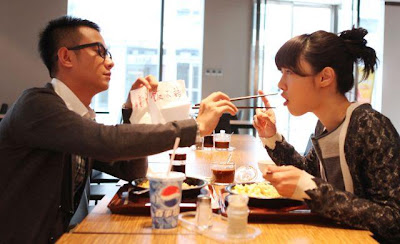