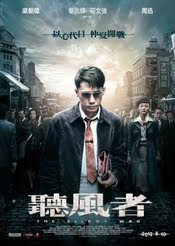 I’m really torn about this film. For my money it’s a great looking film with an interesting story that is much too cold and clinical for my tastes. It’s a film that didn’t play well in Hong Kong but played to bofffo box office in Mainland China…and it’s a film that despite my reservations won’t leave me alone.

Silent War is based on a novel by Jai Mai. It’s the first book in a John La Carre like trilogy (and I can’t say any more because I didn't dig deeper when I researched on line). Mai is responsible for the source novel for several films including the much un-heralded The Message. It was turned into a movie by Alan Mak and Felix Chong who made the wickedly influential Infernal Affairs (The Departed anyone?) and several other films. It stars Tony Leung Chiu Wai who was on one the many breaks in the filming of Wong Kar Wai’s once seemingly never to be finished The Grandmasters.

The film, which is set in the late 1940’s early 1950’s, has a crack team of communist electronic spies monitoring the air waves for any and all signs of the enemies cyphers. Everything is going along fine until one day they realize that while the broadcasts are continuing the information contained is worthless, the enemy has not only switched frequencies but changed how they are doing things. Thinking that they need better ears the unit tries to enlist the aid of people with super hearing, and they stumble upon He Bing played by Leung. He’s blind piano tuner with the most incredible hearing imaginable.

I’m really mixed on the film. I think it’s a great looking film with great performances and a smoldering relationship between Bing and Zhang Xuening, played by Xun Zhou, his bombshell handler. On the other hand the film is incredibly cold, and calculating. This is a film that has been put together with a surgical precision that drains much of the life from the action. You can kind of guess where bits of it are going, even after the film takes a couple of twists. To me it’s not a bad film, but it’s just not a great one. It kind of is just there.

I know you’re wondering if I’m mixed why write it up?

Well there are two reasons. First I keep pondering the damn thing. Why don’t I write it? Why don’t I like? Why doesn’t it float my boat? Several weeks have passed since I saw the film and while I have ignored lesser films and written up better films I’m still haunted by this film.

The other reason I want to post it is to get your reaction to it. Why I want that is because reading on it I saw that how the film was received depended on where the film was screened. In Hong Kong and I’m guessing Taiwan the film met with displeasure since it is about communist efforts to root out its enemies through electronic means. On the mainland the film was well received as thriller.

I’m not sure what your take on it will be.

Is it a bad film? Hardly, but it is a cold one. To me it’s of more interest for the story around it rather than the film itself (even if it’s the work of two men whose earlier work altered world cinema as we know it.) 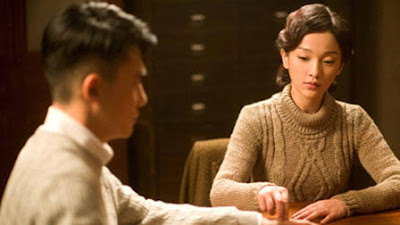