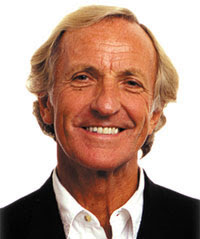 Once more down the rabbit hole boys and girls...

You would think that the passage of 30 years has hurt the film but in fact other than the technology little has changed . We are still being lied to and still being told double speak.

What is so terrifying about the piece is that Pilger very clearly lays out what happened in Japan when the first bombs were dropped and what will happen in Europe if even the smallest bomb is dropped. He goes into the blast damage, the death rates, what the government wants from us, where they plan on burying the dead, who goes into the shelter and what the rules will be afterward- remember no dissension or subversion.

As if all of that isn't enough Pilger turns the opening of the TV show and movie MASH upside down with the use of the theme song Suicide is Painless used during a sequence on military maneuvers.

This film will rock your world.

Available on You Tube or DVD.

(If it isn't apparent I am in awe of John Pilger. How the hell can he make so many timely documentaries that 30 years or more on are just as timely?)
Posted by Steve Kopian at February 25, 2013