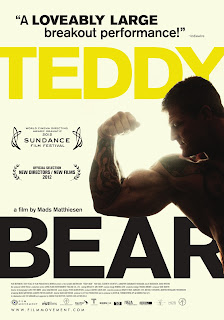 While apparently every other site out there is celebrating Valentine’s Day by releasing lists of top movies/moments/kisses/break-ups/you-name-it, I thought I’d focus on a recent title that’s been way too underseen… and yet has been enjoyed by every single person I know who's ever seen it. Mads Matthiesen’s Teddy Bear, released this week on home video by Film Movement, is a film I first saw almost a year ago, and it made a vivid impression on me then. The reason I feel it’s a classic, though, is that upon revisiting it and reflecting upon it, even more of its virtues are revealed—and for me, that’s practically the definition of a classic.

All right, so here are my reasons, specifically: 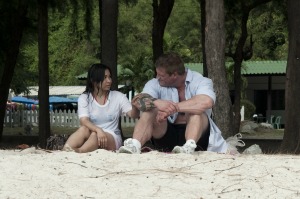