The House is the free film Tuesday night at Tribeca Cinemas 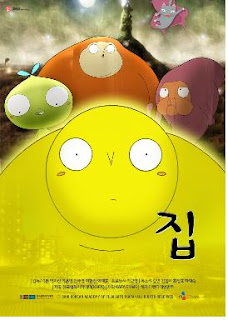 I’m annoyed, I’m going to miss the movie Tuesday at the Tribeca Cinemas . the film, The House is about forest spirits helping people out. It’s been compared favorably to the work of Studio Ghibli. Personally I don’t care about that, what I do care about is the clips and images I’ve seen make the film look like a great deal of fun. In all honesty if I wasn’t going to take a bath on Mumford and Sons tickets I’d go see the movie…Actually what I may do is go see some of the film then hop the subway to the Barclays Center… but that has yet to be decided.

Can you tell I really want to see the film?

Anyway the Korean Cultural Service describes the film as follows.

The House, which echoes of the wildly surreal worlds seen in Spirited Away, focuses on Ga-young, a young woman who moves to an old town where she meets Zipsin, the spirit of a house that is soon to be demolished. Whisked away on an enchanted adventure, Ga-young and Zipsin seek out a new spirit who may be able to help them – and together, they hatch a scheme to save the house from those who don’t believe in its magic.