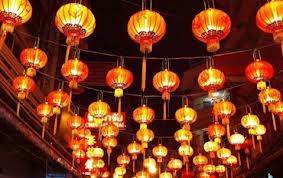 Tomorrow is the real start of our two week Chinese New Year extravaganza. I know two weeks is a bit extreme but because of where it fell (next Sunday) and because we ran across so many good films it was decided to super size everything.

I want to thank Mr C at the start for being the moderator and programmer for the whole thing. When I started to compile a list of films for this series I had no idea what I had. C came in and looked everything over, ordered the films, added a few of his own and then said it was okay to turn it all loose on the world. If the way it comes together works it's because he made sure we had the right films.

The way it’s going to work is as follows: This week we presenting pretty much all Shaw Brothers films. The next week is other types of films. On the weekends are some One Armed Swordsman and Flying Guillotine action. In addition to all of the films we have programed there should be some wonderful treats as well.

To start everything off I’m going to give you a couple of quick short reviews. These are films some of the films that we viewed in trying to put the week together. These were films that for some reason or another we decided not to review fully, one because of technical reasons, others for other reasons. Good bad or indifferent  they somehow required mentioning.

I discovered Lethal Hostage through a year-end list at Twitch. I went and ordered a copy from Yes Asia and when it arrived I popped the bad boy in. The film follows a drug dealer who has fallen in love with the hostage he took ten years earlier when her father put her up for collateral. On the eve of their wedding he decides to go for one more score…

The good news is the film looks great. It is beautifully acted and has style to burn. The trouble is that the DVD has the smallest subtitles I’ve ever seen. They are damn near unreadable even on my 42 inch screen. A half hour in of being frustrated I gave up. The film was too good to really mess up by fighting the subtitles. If there were no subtitles I probably would have just pushed through but the act of fighting to really understand the film made me want to see the film under optimum conditions. Understand based on my viewing of that first half hour this is high on my must see list for as soon as I can get a proper English copy. 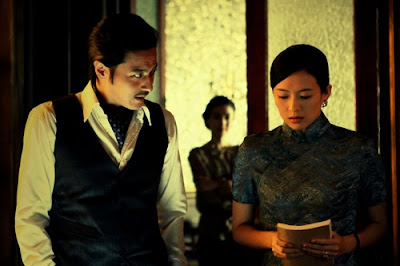 I saw the recent version of Dangerous Liaisons that’s set in Shanghai in 1931. The film (which comes out on DVD in the US on the 12th) is a visually stunning, marvelously acted film. This is Chinese filmmaking at the top of its pinnacle. But and that’s a big but, the film is emotionally empty. As much as I can admire everyone and everything about the film I really can't recommend it because the film is an emotional black hole. I simply didn’t care about anyone or anything except on technical level. I was so disengaged that after pausing the film an hour in I never went back.

Motorway is a Johnny To produced action film starring Anthony Wong. The plot has the police chasing after various car related bad guys, and going after one known get away driver in particular. It's more complicated than that but the film didn't float my boat. Outside of the driving sequences the film kind of felt flat to me. I think it suffers from the curse of producer Johnnie To. What I mean by that is To is one of the best directors in the world today, he is not however a good producer and I find that I do not like most of the movies he produces but doesn't direct. Reservations aside I am seeing the film at a press screening for this years Film Comment Selects series at Lincoln Center since it's clear from my viewing it on DVD that it's going to play differently on the big screen. Check back for a full review.

About fifteen minutes into The Four I tweeted that the film reminded me of a period martial arts based X-men, which is cool since it means that Anthony Wong is a braided beard variation on Professor X. The film follows a special investigative branch looking into someone making counterfeit money using a stolen coin press. Counterfeiting is only the tip of the iceberg and there is a great evil at work. Superpowers and magic are the norm is this period set mystery/crime film.

Playing very much like a comic come to life the film has some wonderful super-powered battles. Unfortunately the film suffers from a sense that outside of putting it all in period, we’ve been there and done that before. It wouldn’t be so bad, except that there are a couple of stretches where it’s more talk than action. It’s not fatal, but it makes what could have and should have been a truly great film just okay… that said if this plays NYAFF this year I will be seeing it on the big screen. 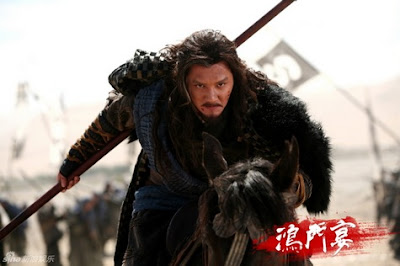 White Vengeance is the epic retelling of the events surrounding the Feast at the Hong Gate, which resulted in the founding of the Han dynasty. The story follows two enemies who become friends who then turn against each other when there is a chance to become emperor. It’s a huge opulent spectacle with several wonderful action set pieces.

To be honest I still don’t know what I think about this film. I originally got it as a Chinese import in Chinatown that had no subtitles (it was marked that it did). I got to a certain point into it an realized there was no way to understand what was happening so I gave up and ordered a new one from Yes Asia. In starting to put the New Years series together I pulled it out and watched it. I was mixed on it, and I tweeted about the film and I may have mentioned it here (though I think that was in a post that was abandoned).

Deciding I couldn’t do I full review I walked away, but it haunted me and it stayed on the top of the re-watch pile. Trying it again earlier this week I found it’s a great film in almost every way except the script, which still seems to just miss for me. It’s an odd mix of action, political drama and romance that never manages to strike the right balance. It’s a grand film that reaches for greatness and just manages to fall short. It’s definitely worth trying, hell if this ever plays New York say at NYAFF, I’m going to see it big, but you may feel saddened that its very good instead of truly great
Posted by Steve Kopian at February 03, 2013