Two from FIlm Comment Selects- 3 and Nights with Theodore

As much as I like the programing of the Film Society of Lincoln Center and particularly their Film Comment Select series, occasionally they miss the mark. Such is the case with two films that are running at this year’s series 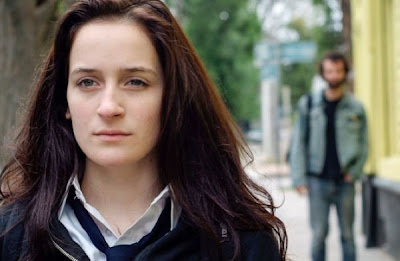 This is a film about a divorced (or are they just separated?) couple and their teen daughter.

As Dad tries to stay connected his life outside of his marriage implodes, his girlfriend is never there (we never see her), the guys he plays soccer with don’t want him, and he just can’t deal with people.

His wife is tending a sick aunt and falling for one of the relatives of one of the other patients.

Their daughter is too smart for school and has lost interest. She’s more interested in finding a guy and hooking up, even though she’s still attracted to her ex.

As the film goes on they drift around each other for almost two hours kind of connecting, kind of not, before there is a WTF ending that involves a dance number.

What does it mean? I have no idea. The film has no narrative thrust it’s simply a series of loosely connected scenes of the characters not being together. None of the main characters communicate, actually almost no one talks to each other and several key characters are never seen at all. Volumes are unsaid. Much is unexplained.

When the film ended I turned to the person next to me and said, “what did I just see?”

He replied, “I don’t know but it has a good soundtrack.”

Yes it does, it also has some pretty good characters that deserve a better script or even an outline, or even a sentence that has them has them doing more than wandering around aimlessly for two hours. And to be perfectly honest this could have, might have, perhaps, maybe been a good film if they came up with an ending that was not out of left field and undercut anything that had gone on before. (I mean what the hell was that?) 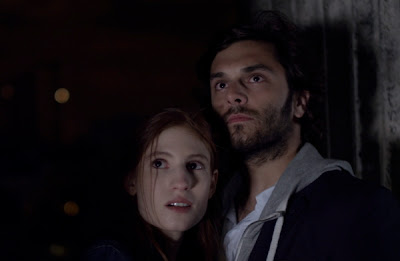 After a brief history of Parc des Buttes-Chaumont, a park in Paris the film shifts to show us the meeting of a man and a woman at a party. They hit it off and leave together. They end up going into the part after hours and spending the night. After that we watch as the couple goes back night after night, making the time together their existence. Its so much their life that Theodore literally can’t breathe when he isn’t there. Things are intercut with documentary footage of the park and of other people’s stories about the place.

It isn’t. Once the couple spends the first night in the park the film stops dead and just repeats variations on the trips to the park. Okay yes, they do go to the seaside briefly but other than that nothing happens until the end when something happens right as the film ends in order to wake up the audience so they can go home.

Dull doesn’t begin to describe this. Running an hour it feels several times longer than that. Other than Theo becoming psychologically connected to the park there is no change in the characters, and any points, themes ect are lost either in the boredom or because the director proves he is the master of the obvious by telling you what he’s getting at with the commentaries and documentary footage.

Frankly I couldn’t flee into the night any faster than our heroine does at the end.