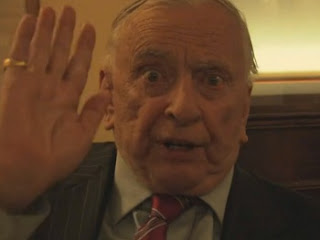 A couple weeks back I reviewed the film Gore Vidal United States of Amnesia when it played Tribeca. I thought it was super. Any reservations I had about the film were minor, since the film is a great primer to the man and his thoughts.

I had thought the film was done and ready for release, but Flixist has posted a piece saying that the film is still not complete and that they have turned to Kickstarter to get the film finished. Do yourself and the world a favor and kick out a few bucks and help this film get finished. It’s a great film and really needs to get out and about.

I’ve donated and so should you.

If you want to take a look go here to donate.