Opening Night at the New York Film Festival 2014....and a report will have to wait 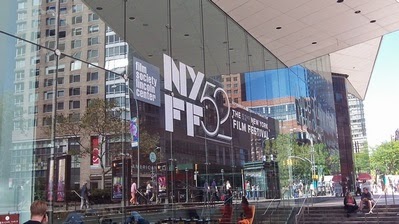 Its a crazy busy day with WHIPLASH in the morning and GONE GIRL at night.

There are stories to tell (Ben Affleck being addressed as Bruce Wayne by a member of the press, his co-star being thrilled about being able to shower with Batman...) and I'll tell them when I don't have to get up early for a movie.

I have posted pictures at our Tumblr page from both press conferences.

Know that WHIPLASH is really good and sure to get JK Simmons an Oscar nom. A review will follow, maybe several actually since Mondocurry is seeing it Sunday Night and Chocko is wading in Monday. Its a really good drama/psychological thriller that moved some people to tears.

I like GONE GIRL, but I don't love it. Hubert is taking the lead on this one. I think the film runs out of steam at a certain point. Not sure what the Oscars hold for it, though I will say learn as little as possible about the film - don't read reviews (or watch the press conference which had the actors discussing the end in detail). Definitely worth your time when it hit theaters Friday.

Email ThisBlogThis!Share to TwitterShare to FacebookShare to Pinterest
Labels: nyff2014