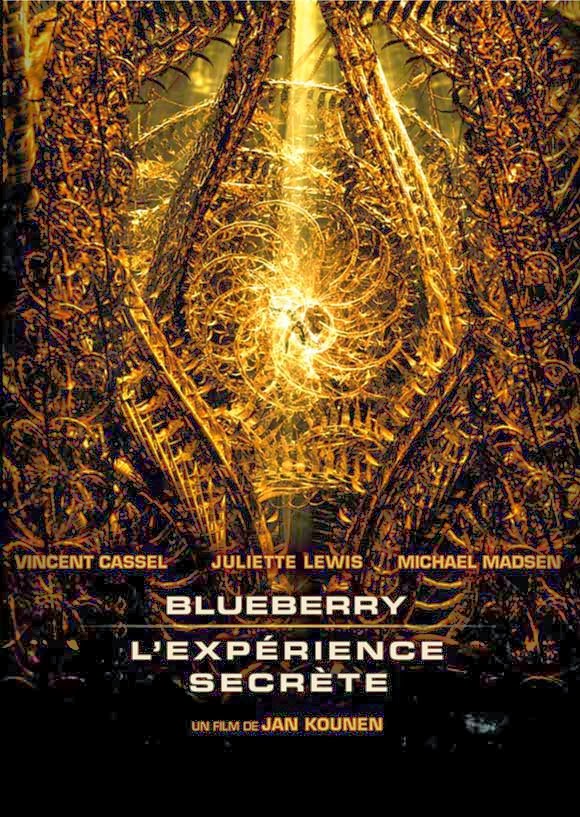 This is an odd duck of a movie. I became interested since I'm a fan of Eddie Izzard who plays a mad Prussian lusting for gold. I knew it would be intriguing since its based on a Moebius comic strip, but I wasn't really expecting what I got.

The movie tells the story of Mike Blueberry, a US Marshall in the old west. As he lays "dying" we drift back through his life, stopping at about the point the crazed Prussian is getting everyone hot with gold fever and an old enemy returns to haunt him. Add to the mix shaman, bounty hunters, spirits, double crosses and peyote (for the crew as well as the cast) and you have a unique western.

Its a weird film with portents and visions criss crossing with hypnotic cinematography. This is a movie that looks great. There is a first rate cast, although I do have to say that I found some of the accents, Izzard's and star Vincent Cassel's a bit out of place.

Pretty much everything works except the screenplay which seems intent on being oblique for the hell of it. There is a heavy dose of Indian mysticism that seems to have been put there just to make things seem like they have a deep meaning (I think there was too much peyote behind the scenes). I'm not sure they do. The obliqueness and constant mystic reference slow the movie down to a crawl. After a while I stopped caring and started to look for the DVD remote. (Even worse is the fact that you have to pay attention to this movie or you're going to end up lost, so once I found the remote I had to back it up to see what I missed.)

This is not a bad film, its just a rather dull and confused one. I'm sure in the right frame of mind this plays wonderfully, but I haven't determined what that is. I've rated it five out of ten at IMDB because of the parts. The parts are interesting even if the whole is often a crashing bore. For fans of the cast, rabid western fans and those looking for head trip films only.

(Eddie Izzard tells stories about the making of the film in his stand up show SEXIE Which was released in the US as his Wembley Stadium Show)
Posted by Steve Kopian at September 05, 2014