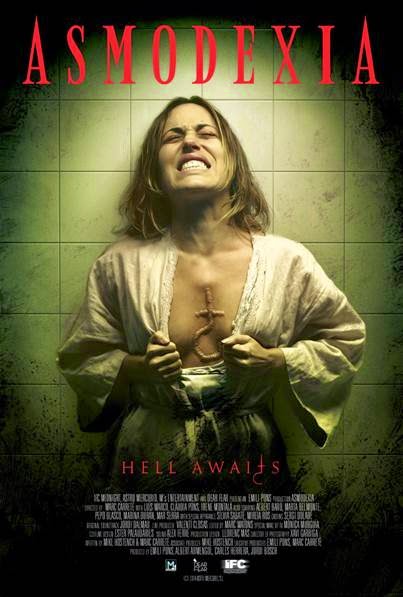 This is the story an exorcist and his grand daughter in the three days before the Resurrection. It seems that possessions are spreading across the country. The exorcist is the ex-head of a religious "cult" whose members are interested in the grand daughter.

This creepy supernatural is very difficult to really write about. since this film plays it close to the vest for much of the running time that  I can't in good conscious say too much lest I reveal too much and take away the pit of the belly turning shocks.

I will say that the story can be a tad convoluted and there are times when its hard to know what is going on, however once its revealed the film has an added punch with a pent up feeling of just being wrong. I don't know when the last time I saw a film in this sub-genre that made me feel quite this uneasy nor that had me feeling happy with the ending. Most films like this collapse in the final minutes this one doesn't and leaves you disturbed.

While there are times when the film doesn't quite feel completely right, there is something about the lead performance and some the dialog that seems to be off,  I suspect it may have all been a glorious blind to add to the very uneasy feeling and keep us off balance.

I really liked this film a great deal and I highly recommend it to patient horror fans who are willing to let a film does what it's going to do and not fight it.

One of the great surprises of the horror year.

The film hits theaters and VOD this Friday.
Posted by Steve Kopian at September 22, 2014