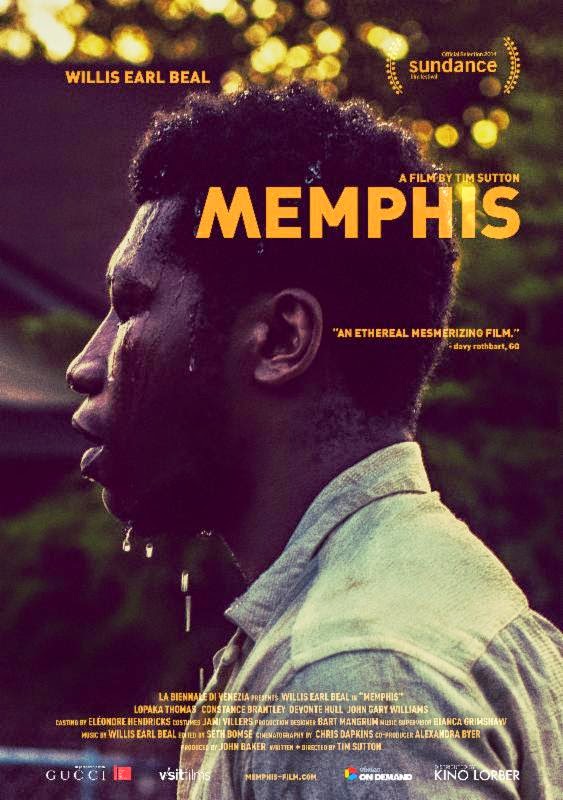 Willis Earl Beale plays Willis, a musician and singer who  wanders the streets of Memphis trying to find songs for his next album.

A very low key film with one of the best soundtracks of the year this film is going to split audiences. People are either going to love it's leisurely rambling style of almost unconnected scenes or they are going to find it terminally boring since there is no real plot or story, simply Willis wandering through the city meeting people, trying to find a song and himself. Actually I think the reaction those who don't like the film will be "whats the point?" I don't mean that as a slap against the film, rather I mean it as a statement of fact.

For me the film works wonderfully. It manages to fill out its brief running time with just enough character and music that I didn't mind taking the trip through the city and Willis's life. Actually what makes the film work is the force of personality of Beale and his music.His music is good that when the film ended I replayed the screener I was given and just listened to the movie. For better or worse the film plays as a kind of slice of life radio show. I don't really recommend watching the film that way, but for me it was a stop gap until I could get my hands on some of Beale's music.

I think this film is a small little gem.

To be honest I don't know if you're going to like this film. While most certainly it is a brilliantly made film that plays like a documentary (I wasn't sure for a good while if it was fact or fiction) the rambling slightly disjointed nature will bother some people. If you don't mind a film you have to go with and if you want to hear a truly great soundtrack I highly recommend you give it ago, especially if you want a palette cleanse after a summer of blockbusters.

The film opens this Friday at the IFC Center in New York and next Friday in Los Angeles.
Posted by Steve Kopian at September 03, 2014