The wonderful THUNDER AND THE HOUSE OF MAGIC starts Friday 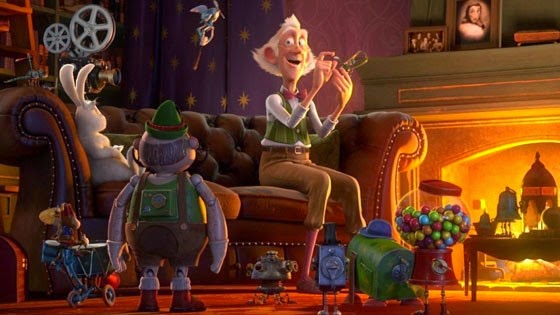 Thunder and the House of Magic, one of the best animated films I’ve seen this year is coming to theaters Friday. I saw it at this year’s New York International Children’s Film Festival and I’ve been raving about it ever since.

The film is the story of an abandoned cat who ends up at the mansion of a magician and what happens when the magician’s nephew tries to make a quick buck by selling the property out from under his uncle. Trust me this is great.

Okay- one quick word of warning, the film was made in 3D. It was shown at NYICFF and a couple of other screenings in New York that way, however the regular release is not 3D so a couple of sequences which were glorious thrill rides are going to seem less special. That said the film still is marvelous and I’m planning on taking my niece this weekend.

Here’s my original thoughts on the film from NYICFF:

An abandoned cat finds his way in to the supposedly haunted house of a kindly magician. When the magician is injured in an accident the cat and the other residents of the house must defend the house from the magicians nephew who wants to sell the house for a quick payday.

A MUST SEE IN 3D, this film is certainly a fine family film and will be wonderful on TV but on the big screen in 3D its a blast. This is what 3D films should be- planned for the process so things make you go oh wow, not the sort of thing where its used just for extra cash for tickets (Amazonia anyone?).

Trust me the flying birds, mad chases, things shooting out at you will make you reacting ways that 99% of 3D films never do.

And the story is really good. Once again we have great characters, great voice casting, funny lines, and a genuine sense of danger- maybe it won't be okay, because frankly bad things happen.

An absolute joy- I was hooked once I heard the Cure playing over the opening titles. When it ended I wanted to see it again, preferably in the company of my niece.