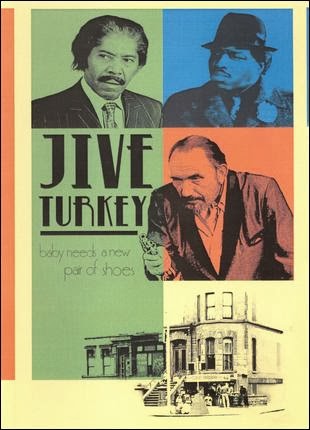 This is a low budget, made on the cheap film that does possess some charm. The problem is that it meanders all over the place and never picks up any real steam. The plot begins with a sit down between Pasha and his Italian gangster counter part Big Tony (played by the top billed Frank DeKova aka Chief Wild Eagle from F-Troop in the first of his two scenes). Tony tells Pasha he has to hand everything over to him and his boys or they will kill him. Pasha's girl kills Tony's man, which you would think woulds spark a gang war, it doesn't, instead it spurs the Mayor to try and close Pasha down. This leads to the numbers operation being moved, police raids and some talk about fighting back. The Italian mob does try to kill Pasha but it never amounts to much. This is a black-ploitation crime drama that is short on action.

The problem seems to be that they had almost no money to make this movie. its suppose to be set in 1956 but people wear clothes from the 1970's and the streets are filled with cars made well after 56. I'm guessing that they couldn't afford any money for blanks, or if they did they didn't have very many. What violence there is tends to be fist fights or beatings, which can be very bloody. Its disappointing especially after the opening scene. I had the sense while watching it that this was suppose to be a larger, more detailed story (there are details hanging off the screen that seem to connect to a longer story) and it wasn't filmed because of money or the film was unfinished.

Its a messy movie but I liked it. The writing is at times sharp and witty, even if the cast isn't up to it. There are numerous lines of dialog that deserve to be quoted. You have a bunch of interesting characters that seem very real. I also liked that the plot never went where you expected it to go, even though it became clear early this was headed for left field by a completely new route. Its best described as a low budget attempt at something other than your typical crime drama (black or white). No it won't win any awards but if you're an adventurous film goer it deserves to be seen, if for no other reason than to imagine it remade by Mario Van Peebles, Quentin Tarantino or the Hughes Brothers. You probably won't rave, but it will stick in your head.
Posted by Steve Kopian at September 02, 2014