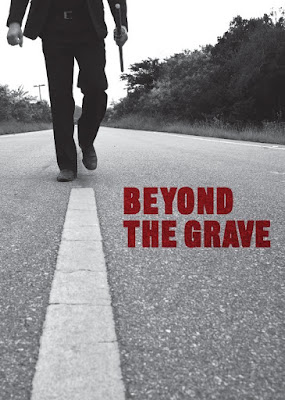 BEYOND THE GRAVE is a kind of post apocalyptic Mad Max meets Night of the Living Dead meets spaghetti western meets supernatural serial killer film set in Brazil. It is wild and crazy and dream like

Sometime after the end when zombies walk, magic and the supernatural are real and the survivors are trying to continue survive. The soundtrack is provided by a crazed DJs playing song somewhere off in the world giving everything a haunted feel. Across the landscape a police office dressed all in black tries to stay alive as he hunts a supernatural serial killer who is working all sorts of bad magic.

A singular fantasy/horror/science fiction/crime film is a film that turns its very disjointed and seemingly incompatible parts into something that reminds one of what one might experience after waking at 3am with a weird TV station on. BEYOND THE GRAVE holds the audiences attention by simply forcing us to want to know where all of this strangeness is leading. Our world logic doesn't work here but whatever is being kicked up in this film certainly does. In most films there is usually a moment where I get the sense of the author moving the characters. Here everything flows. 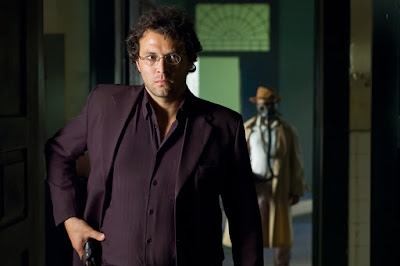 I think this is a film that will play best late at night. I can imagine this was programmed in the midnight slot at festivals where the audience tiredness plays into the deliberate pacing and dream like quality to make the film a shared waking dream. I can't see how this would play well in the middle of a bright sunny afternoon. This isn't a knock on the film  more a statement that some films are best seen at night with a crowd of like minded people. I say this as some one who watched the film alone at night on a laptop. Twenty minutes in I was wishing I was in a packed theater at midnight.

I liked BEYOND THE GRAVE. Recommended for those who want to see something off beat and are willing to let a film be what it is. 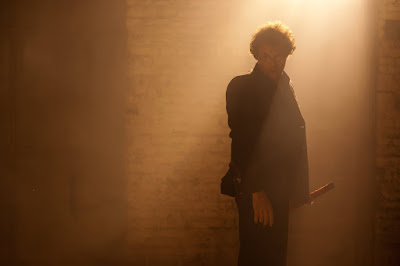