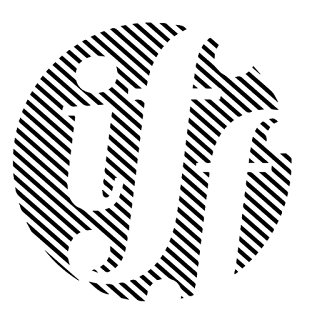 PROVIDENCE, R.I., March 16, 2017 - Now in its 16th year, Ivy Film Festival (IFF), among the largest entirely student-run film festivals in the world, taking place April 10-16 at Brown University, announces its lineup with keynote appearances by Ezra Edelman, Barry Levinson and M. Night Shyamalan. IFF will also bring its Satellite Festival back to the School of Visual Arts (SVA) in New York City on May 12. The festival's mission is to showcase student filmmakers from around the world and generate a dialogue between renowned film professionals and the next generation of creative talents. Past industry guests have included Jodie Foster, Robert De Niro, Lena Dunham, Martin Scorsese, Jack Nicholson, Wes Anderson, Oliver Stone, Wes Craven, Park Chan-wook and James Franco, among many others. Most events will be held at Brown University’s The Perry and Marty Granoff Center for the Creative Arts. Events are ticketed, but free and open to the public. The full schedule will be available March 20 at ivyfilmfestival.org.

M. Night Shyamalan, the Academy-Award nominated director and screenwriter of the blockbuster “The Sixth Sense,” and helmer of the recent hit “Split,” will give IFF’s first of three keynote addresses on Wednesday, April 12. Join IFF for a moderated discussion with Shyamalan as we reflect on his long career as a science-fiction filmmaker. The conversation will explore his life trajectory from his origins in Puducherry, India, to his time at NYU Tisch and beyond. It will also dissect the creative process and touch on issues of representation in Hollywood.

On Thursday, April 13, the day begins with a lunchtime keynote with Ezra Edelman, director of the 2017 Academy Award-winning documentary, “OJ: Made in America.” The evening will feature a keynote conversation with Barry Levinson, the Academy Award-winning director of “Rain Man,” moderated by Robin Bronk, CEO of The Creative Coalition, the premier nonprofit, nonpartisan social and political advocacy organization of the entertainment industry.

On Tuesday, April 11, IFF will present the Planned Parenthood executive-produced “Across the Line,” an immersive virtual reality (VR) experience that combines 360° video and computer generated imaging (CGI) to put viewers in the shoes of a patient entering a health center for a safe and legal abortion. "We’re thrilled to show ‘Across the Line’ at Ivy Film Festival and to share this important story that’s been reality for far too many people,” said Dawn Laguens, executive vice president and chief experience officer at Planned Parenthood Federation of America.

“IFF chose to include ‘Across the Line’ in its program because we believe VR offers a unique and powerful medium to foster empathy and reflect the reality that many women in America face today. We hope to inform and advance knowledge about a reality that continues to be at the center of so much division in our country,” said Ivy Film Festival’s directing team.

As one of the first student-run film festivals in the world to pioneer an initiative geared towards virtual reality, IFF x VR aims to foster the next generation’s dialogue around VR storytelling, the latest chapter in a legacy of evolving narrative media. On Saturday, April 15, Adam Blumenthal, Brown University’s virtual reality artist-in-residence, will moderate a panel discussion featuring Luis Blackaller, creative director of Wevr, Graham Roberts, senior editor at The New York Times graphics department and Alissa Crevier, global head of brand partnerships of Littlstar. Festival-goers can experience the technology firsthand at IFF’s first “VR Arcade” featuring both student and professional work. “We launched IFF x VR to engage the next generation of storytellers with this innovative medium,” said IFF’s directing team.

On Friday, April 14, IFF presents its Official Selection of undergraduate and graduate student films. The selection features a curated program of 25 of the strongest films from over 300 submissions representing 40 countries, including the U.S., India, France, Iran, Ecuador, Libya, China, South Africa and more. The IFF Official Selection last year included two films that went on to receive Academy Award nominations this year for Best Short Film (Live Action)—“Day One” and “Everything Will Be Okay.”

On Friday, April 14, IFF also presents the panel “She Scores: Women in the Musical & Cinematic Arts,” offering students first-hand insight into how composers and music supervisors work to incorporate music into a visual medium. The panel will particularly highlight the contributions of women composers, who are severely underrepresented in the film scoring industry. According to the Center for the Study of Women in Television and Film, over the past three years, only 1% to 2% of composers working on the top 250 films at the box office were women. The panel will feature composers Germaine Franco (“Dope”) and Kathryn Bostic (“Dear White People”) and music supervisor and consultant Anna Granucci (“Whiplash”).

On Saturday, April 15, there will be an Official Selection Screenplay Reading and Brunch featuring undergraduate and graduate screenplays. This year’s Official Selection will honor the top three scripts from four categories: undergraduate short, graduate short, features and TV pilots. This year’s screenplays stand out for their high quality writing and storytelling, making this one of the most competitive submission pools to date.

IFF Executive Directors Oakley Friedberg and Solveig Xia: “We are proud to announce the 16th installment of Ivy Film Festival, which marks two big accomplishments: becoming one of the key platforms for student films worldwide –– representing 40 countries this year, and expanding our IFF Satellite Festival to 16 universities including the entire Ivy League and international campuses in Edinburgh and Madrid. Following the guiding principles of IFF to celebrate breadth of creative thought, we are excited to welcome industry guests from diverse and traditionally underrepresented backgrounds to the festival.”

On May 12, Ivy Film Festival brings the Official Selection of student films from all over the world to New York with a screening at the School of Visual Arts' (SVA) Beatrice Theater. This event will be ticketed, but free and open to the public. The screening provides an important opportunity for IFF’s premier student films to be seen by a wider audience.

Ivy Film Festival (IFF) is among the largest entirely student-run film festivals in the world hosted annually at Brown University. Founded in 2001 by two Brown undergraduate students, David Peck '03 and Justin Slosky '03, the festival occurs annually in the spring, spans a full week, and offers student filmmakers and screenwriters from domestic and foreign universities a venue to exhibit their work. Through its official selections, keynote speakers, master classes, panel discussions and other events, the Festival contributes to building a global community of filmmakers and audiences, fostering the next generation’s dialogue around film. Ivy Film Festival is supported by the Brown University Undergraduate Financial Board, Fox Searchlight Pictures, Lionsgate Entertainment, Rhode Island Film and TV Office, Giraldi Media, The Pembroke Center For Teaching and Research on Women, Brown Arts Initiative, LaPev Fine Art and Jewelry and Hiball Energy.