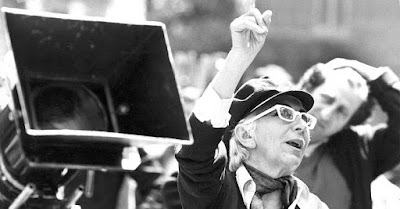 Inaugural repertory program of relaunched Quad Cinema brings New York its most extensive retrospective of the incendiary Lina Wertmüller, first female filmmaker to be nominated for an Academy Award for Best Director.


“[Seeing Wertmüller films] was a life-changing moment for me.” —Jodie Foster

In the 1970s, Lina Wertmüller was a certifiable international phenomenon—a lively firebrand behind white glasses who became one of the decade's marquee-name filmmakers. Her hot-button, epically-titled movies—erotic and polemical and provocative all at once—became must-see conversation pieces and smashed American box-office records for foreign-language films. New York magazine put her on the cover, emblazoned with the headline "The Most Important Film Director Since Ingmar Bergman." Laraine Newman memorably impersonated her on Saturday Night Live. Her notorious Seven Beauties earned four Oscar nominations, including one for Best Director, making her the first woman ever nominated for the award. (And one of only four, still.)

Wertmüller was a longtime favorite of the Quad’s audiences (Swept Away and Seven Beauties both played here for nearly five months back in the day), and so we're thrilled to relaunch our cinema with the most extensive Wertmüller retrospective ever seen in New York. With world premieres of new restorations of her greatest successes and imported 35mm prints of ultra-rare gems, this series finally offers the opportunity to dive into the history of this extraordinary director, an aesthetic pioneer and a crucial trailblazer in a male-dominated industry.

"I’m more excited by people like Lina Wertmüller, that f***ing Italian lady and those crazy movies that she made.” —Louis C.K.

“[Wertmüller’s] pictures were funny and frighteningly harrowing and big and emotional and over-the-top and popular. And within that register, she was able to do things that nobody else was doing… This was a very special artistic vision.” —Martin Scorsese

Showtimes to be announced shortly. 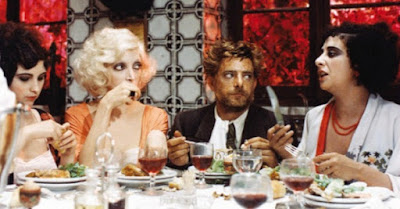 Swept Away (Travolti da un insolito destino nell'azzurro mare d'agosto)
Lina Wertmüller, 1974, Italy, 116m, DCP
Special weeklong revival engagement begins April 21
For her kinky update of The Taming of the Shrew, Wertmüller reteams gorgeous green-eyed muses Mariangela Melato and Giancarlo Giannini as a vacationing society dame and her Communist servant locked in the ultimate battle of the sexes (and classes) once stranded together on a deserted island. Never mind the unfortunate Madonna remake—this bracing, sexy, riotous political fable, one of the most argued-about films of the 1970s, has to be seen to be believed. In Italian with English subtitles.

Under fascism, there are no limits to sacrificing one’s honor—and in Wertmüller’s outrageous picaresque, comedy and tragedy are indistinguishable. When city hustler Giancarlo Giannini accidentally murders the lover of one of his seven sisters, a series of mishaps land him in a concentration camp, where he must seduce the homely Nazi commandant to stay alive. Controversial in its day, the film led Wertmüller to become the first woman nominated for a Best Director Oscar. In Italian with English subtitles.

"A handbook for survival, a farce, a drama of almost shattering impact. It's a disorderly epic, seductively beautiful to look at, as often harrowing as it is boisterously funny." —Vincent Canby, The New York Times

Behind the White Glasses
Valerio Ruiz, Italy, 112m, DCP
Special weeklong engagement opens April 21
This definitive documentary traces the incredible life of Lina Wertmüller, from her start as a tenacious Fellini assistant to her meteoric rise as a global superstar. The vivacious and fabulous 88-year-old filmmaker recounts the saga of her marriage to designer-collaborator Enrico Job, shows off her trademark eyewear collection, and even sings. Giancarlo Giannini, Sophia Loren, Rutger Hauer, and Martin Scorsese give revealing interviews for this loving portrait, which offers a corrective to decades of critical neglect. Official selection: Venice Film Festival. A Kino Lorber release. In English and Italian with English subtitles.

All Screwed Up (Tutto a posto e niente in ordine)
Lina Wertmüller, 1974, Italy, 105m, DCP
In Milan, a bawdy group of Sicilian migrants meet-cute and move into a commune together, while they struggle to keep their livelihood—and hold their libidos in check. Wertmüller’s polyphonic farce, with its large ensemble and earworm theme music, helped to further establish her ongoing fascination with the struggles and shenanigans of Italy’s working class. In Italian with English subtitles.

"Breathtaking...exuberantly funny. Watching All Screwed Up is to be witness to a giant talent.” —Vincent Canby, The New York Times

Blood Feud (Fatto di sangue fra due uomini per causa di una vedova. Si sospettano moventi politici)
Lina Wertmüller, 1987, Italy, 124m, 35mm
The always-ravishing Sophia Loren stars as a Sicilian widow who loses her husband to the Mafia. Setting out to avenge his death, she becomes entangled in a lurid love triangle along the way, her smitten suitors played by Giancarlo Giannini and Marcello Mastroianni. Lust, revenge, and violence reign supreme in this steamy WWII-set thriller. In Italian with English subtitles.

8 ½
Federico Fellini, 1963, Italy, 138m, 35mm
After her old school friend Flora Carabella married Marcello
Mastroianni, Wertmüller met Fellini and won an apprenticeship on
his seminal portrait of creative crisis. She helped the maestro cast extras
(including her own mother) but Wertmüller didn't remain an assistant for
long: the same year Fellini helped her secure financing and
cinematographer Gianni Di Venanzo to shoot The Lizards.
In Italian with English subtitles.

Ferdinando e Carolina
Lina Wertmüller, 1999, Italy, 102m, DCP
One of Wertmüller’s handsomest productions, detailing the life (and death) of King Ferdinand of Naples, here dramatized as another of her sex-crazed heroes. He reminisces of his days as a young philanderer, lamenting his impending marriage to 16-year-old Carolina of Austria—until they discover their shared taste for libertine pleasures. In Italian with English subtitles.

Let’s Talk About Men (Questa volta parliamo di uomini)
Lina Wertmüller, 1965, Italy, 91m, 35mm
Wertmüller’s controversial sexual politics are already in full effect in this early episodic farce. A sassy response to Ettore Scola’s Let’s Talk About Women, the film is told as four independent stories—each more outlandish than the next. Brace yourselves for some unconventional solutions to marital discord, including kleptomania and knife-throwing. In Italian with English subtitles.

The Lizards (I basilischi)
Lina Wertmüller, 1963, Italy, 85m, 35mm
Using experience gained as an assistant director on 8 ½ (and using some of Fellini’s crew), Wertmüller made a debut that feels like a direct response to her mentor’s I Vitelloni: a compassionate snapshot of small town coming-of-age, Italian style. But Wertmüller’s treatment, shot for only $60,000, features a style and energy all her own, plus a Morricone score. In Italian with English subtitles.

Silk robes and bare breasts abound in this tragicomedy of epic proportions set in a brothel pre-WWII. Freckle-faced ingénue Giancarlo Giannini comes to Rome on a mission to kill Mussolini with the help of politically active prostitute Mariangela Melato. But love gets in the way of anarchy when he falls for one of her fellow ladies of the night. In Italian with English subtitles. In Italian with English subtitles.

“Executed with the high-pitched passion of a gothic romance with a fluid, whirling, dazzling energy.” —Newsweek

The Seduction of Mimi (Mimì metallurgico ferito nell'onore)
Lina Wertmüller, 1972, Italy, 112m, DCP
A wistful romance turned raunchy comedy, this searing take on sexual and political double standards finds laborer Giancarlo Giannini ricocheting between mafiosos and comrades—as well as between his apparently frigid wife and beguiling mistress (Mariangela Melato). In Wertmüller’s world, the bedroom is the only appropriate battleground for revenge—for men and women alike. In Italian with English subtitles.

Sotto...Sotto (Sotto... sotto... strapazzato da anomala passione)
Lina Wertmüller, 1984, Italy, 105m, 35mm
A stroll through a sculpture garden inspires a bored housewife to pursue a love affair with her girlfriend, in the spirit of the romantic thrill of her beloved movie melodramas; but her homophobic carpenter husband flies into an increasingly desperate rage as he tries to uncover his wife’s lover. In Italian with English subtitles. 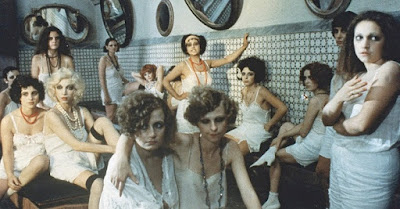