This is a collection of capsule reviews for New Directors New Films. These are the films that I didn't have a great deal to say about- which isn't to imply they are bad- indeed some are some of the best films of the festival. Most are worth your time. 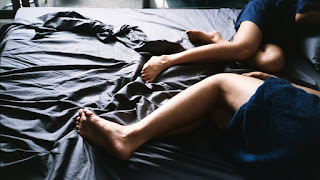 BY THE TIME IT GETS DARK
This is a place holder review.  I say that because Anocha Suwichakornpong's cinematic meditation on the 1976 massacre of Thai student activists at Thamassat University was a film that requires not only contemplation but a second reviewing. A wonderful complex film, not so much in anything other than it requires you to simply pay attention and give yourself over to it. A film of changing narration and focus the film is a kind of puzzle box that opens up different layers as it goes. A masterful achievement in cinematic storytelling I need another go through before I can find the words to adequately discuss it. Hopefully before it finishes its run at the festival or around the time it opens in theaters later this year I will be able to do it justice. Right now I simply want to recommend the film to anyone who wants to see a film that will leave you with much to think about. 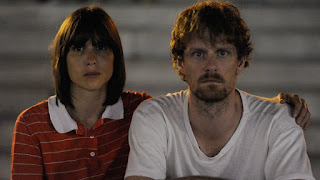 DREAMED PATH
A young couple in Greece in the 1980's breaks up when he returns home to care for his mother. 30 years later as another relationship goes on the rocks the original couple find their separate lives in Berlin. Deep meaningful film is your typical New Directors New Films art for arts sake narrative fare. For some people I know this was a revelation and one of the best films they've seen all year. For me it was way too "artistic" for me and it never full resonated. If you like mannered art films give it ago other wise take a pass. 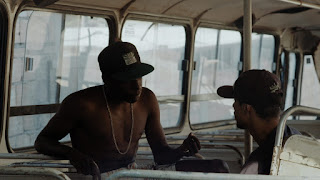 ARABY (Arabia)
Don't let the first 20 minutes fool you, this film is not about Andre, the young man living with his brother while his mother is away. Instead the film is about Cristiano, a young man who ends up in coma and whose autobiography is found in his possessions. The film is all about the final 70 minutes or so as Cristiano's life unspools before us as he looks for himself and a life somewhere in Brazil. Very good road film  can be a little slow but if you can click with it's rhythms then there is a good chance that you will be rapturous about the film. This is one you are going to have to work with and stay with to the end. Its only there that you'll know if the journey was worth taking. Peronally I think it's worth trying.

LETHE
A horse rider rides through a village as children play and adults celebrate.
Gorgeous black and white short film is ponderous tale full of "deep" meaning.
It plays with AUTUMN AUTUMN (see below) 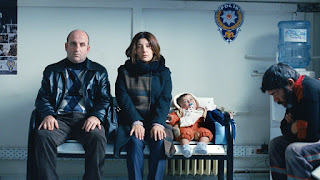 ALBUM
It begins with a sequence of cows copulating during which the semen is collected. I'm still not sure what this really has to do with the rest of the film but it sort of just hangs there like the rest of the film. The plot of the film concerns a couple who want to adopt a baby. Not wanting anyone to know they fake a pregnancy but things go side ways and events go cockeyed. Full of deep meaningful passages the film is very much trying to be about something  but what that is isn't fully clear as what the film seems to want to be saying runs at odds to the turn of events. To be honest the film began to lose me with the cows and really lost me when the whole ruse about adopting was explained- why fake pregnancy when the adoption is on their record? 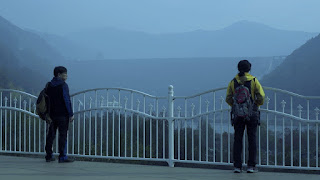 AUTUMN AUTUMN
Woojin Jang's second film may play best for those who love the work of Hong Sang-soo though to be honest I'm not sure even that is going to happen. Dual story of a young man trying to find work and an older couple trying to connect on a trip. There is a lot of talk, some lovely scenes and sequences but I'm still trying to work out what the point of it all is.  While I am not a fan of Hong- Sang-soo I at least under stand what hes going for  but here with Jang's film I'm not at all sure. I never cared. 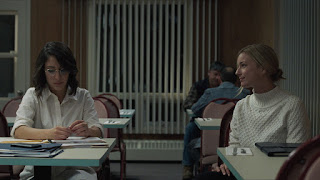 BOUNDARIES (Pays)
Three women with political aspirations have to deal with the political climate of their island and of their lives. Okay look at the lives of several women was done in for me by several issues made by the director that didn't quite work. First the film uses zooms several times  in the film and while I wouldn't mind the zooms are accomplished via the cameras mechanical zoom. you can feel the motor running. This made me very aware of the technical aspects of the film such as  shot choices which didn't always seem to be the best. Lastly the cool jazz score completely wrecks the film making the film feel like it was scored with elevator music.. One of NDNF's most middle of the pack films. 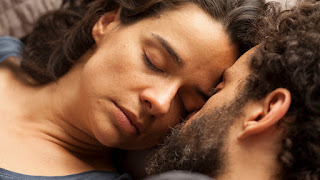 PENDULAR
One of the best acted films in the entire New Directors New Films festival this year the film is going to divide audiences into two groups those who fall madly in love with it and those who admire it's technical achievements but never fully warm to it. The film is the downward arc of a couple. He sculpts, she dances. They have moved into a large industrial space, Part is their home and the rest is divided evenly between their work spaces. While the thought of always being with the one you love may sound great, the actuality is it kills many relationships. While the film is beautifully acted and expertly put together the storytelling never worked for me, Its not that there is anything truly wrong with it other than the film seems to be trying a little too hard to make it's points, while not always being clear what they all are. On a certain level I really loved the film but there was a point where it couldn't bridge the gap between what it was trying to do with what it was doing. That said, the pluses out weigh the minuses and the film is one of my recommended films for the festival.

For more information and tickets on any of these films go here
Posted by Steve Kopian at March 16, 2017