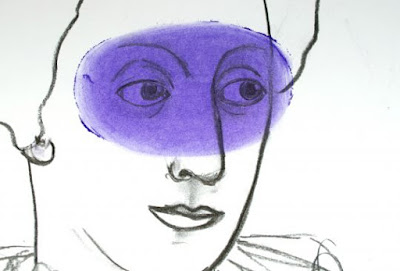 Kim Noce’s LOVE-IN IDLENESS is a masterpiece. A lovely cinematic representation of a meeting between Bottom and Titania it is a beautiful marriage of music and image

There is nothing here beyond the meeting- but there doesn’t have to be- it perfectly sums up that moment when you meet someone with whom you form an instant connection.

Noce’s notes on the film speak of how the film ties into the story of Bottom and Tatania but I don’t think that reading is really necessary since the film transcends it’s connection to the play A Midsummer Night's Dream, to become something greater. Like another film from Mew Labs, Shaun Clark’s NECK AND NECK which reduced the story of Othello to its simplest form, LOVE-IN-IDLENESS stands completely on it’s own. While it helps to know who the man with the donkey head is, the emotion and the feeling is simply in the telling. Ultimately this the story of a man and a woman- that one has the head of a donkey and the other is the Queen of the Fairies is irrelevant in matters of the heart. All we need to know is really on the screen- the emotion is human and universal.

Discussing the deeper meaning is pointless. LOVE-IN-IDLENESS is simply a beautiful work of art. It’s a film that works on the viewer not like unlike a great painting or even the object of hearts desire- simply deeply and emotionally. It is a bolt of lightning that illuminates the nature of love.

Noce’s animation style of charcoal on paper is one that leaves behind the eased previous image. The erased marks deepen the emotion since it seems to put everything into a slow motion –stretching out each look, each smile, each touch. It’s as if the characters are vibrating with expectancy or from the touch of their lover. Forgive me, it’s hard to explain but anyone who has ever felt the electric touch of a lover will realize that Noce has captured an image of what that moment is like.

The image is a married to the work of composer Hutch Demouilpied who perfectly creates a mood. As good as Noce’s images are they are deepened by Demouilpied's music.

This is a truly a masterful film.

Track this one down. 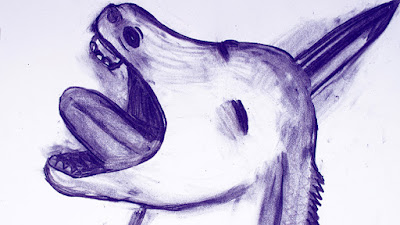