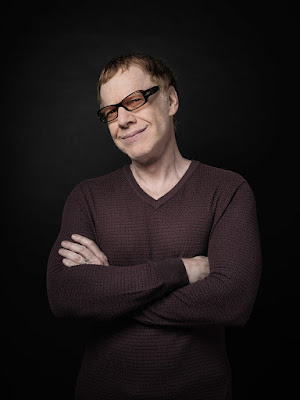 Vienna/Los Angeles – March 9th, 2017 – Vienna is without a doubt the music capital of the world. More famous composers have lived here than in any other city – in Vienna, music is literally in the air. It’s no surprise that therefore it’s the Austrian born composer Max Steiner (“Gone with the Wind”, “Casablanca”), who is one of the fathers of film music as we know it today.

Each year, the Max Steiner Film Music Achievement Award commemorates the Viennese composer Max Steiner. The prestigious award is presented by the City of Vienna during the annual Hollywood in Vienna gala to one of the world’s most renowned film music composers and is a symbol of recognition for exceptional achievements in the art of film music.

The 10th Annual Hollywood in Vienna gala, which has established itself as a leading event of its kind, will take place on September 29th at the historic Concert Hall (Konzerthaus) in Vienna, Austria and is broadcast via TV, internationally in over 35 countries. Hollywood in Vienna CEO and Founder Sandra Tomek is excited to announce that Grammy & Emmy Winner and four-time Oscar nominee Danny Elfman will be bestowed with the 2017 Max Steiner Award.

“Not many living composers can compete with a legacy such as Danny Elfman. His scores shape and influence modern pop culture, and his iconic music is inseparable from Tim Burton’s movies. We will pay homage to this great composer of countless unforgettable soundtracks”, says Sandra Tomek.

Elfman joins an illustrious group of prior recipients of the Max Steiner Award such as Alexandre Desplat (2016), James Newton Howard (2015), Randy Newman (2014), and the late James Horner (2013).

“I’m beyond excited, to be awarded in Vienna”, says Danny Elfman. “I have never been to Vienna and look forward to be there. I’m a huge admirer of Max Steiner”.

Over the last 30 years, Danny Elfman has established himself as one of the most versatile and accomplished film composers in the industry. He has collaborated with such directors as Tim Burton, Gus Van Sant, Sam Raimi, Paul Haggis, Ang Lee, Rob Marshall, Guillermo del Toro, Brian De Palma, and Peter Jackson.

Beginning with his first score on Tim Burton’s “Pee-Wee’s Big Adventure”, Elfman has scored a broad range of films, including: “Milk” (Oscar nominated), “Good Will Hunting” (Oscar nominated), “Big Fish” (Oscar nominated), “Men in Black” (Oscar nominated), “Edward Scissorhands”, “Wanted”, “Charlie and the Chocolate Factory”, “Mission: Impossible”, “Planet of the Apes”, “Spider-Man” (1 & 2), “Batman”, “Chicago”, “Dick Tracy”, “The Nightmare Before Christmas”, “Alice in Wonderland”, David O. Russell’s award-winning films “Silver Linings Playbook” and “American Hustle”, Sam Raimi’s “Oz: The Great and Powerful”, “Mr. Peabody and Sherman”, the Errol Morris documentary “The Unknown Known: The Life and Times of Donald Rumsfeld”, Tim Burton’s “Big Eyes”, Marvel’s “Avengers: Age of Ultron” and “Fifty Shades of Grey”. Recently he has provided the music for “The Girl on the Train”, “Alice Through the Looking Glass” and “Fifty Shades Darker”. Up next for Elfman is The Weinstein Company’s “Tulip Fever” and the sci-fi thriller “The Circle” directed by James Ponsoldt and starring Emma Watson and Tom Hanks.

Hollywood in Vienna is excited that Mr. Elfman will perform some special renditions of his memorable songs during the gala.

His work will be performed by the world-class ORF Radio Symphony Orchestra, conducted by John Mauceri, who conducted the first Hollywood in Vienna concert in 2007 and returns for the 10th Anniversary of this great concert event. John Mauceri’s distinguished and extraordinary career has brought him to not only to the world’s greatest opera companies and symphony orchestras, but also to the musical stages of Broadway and Hollywood, as well as the most prestigious halls of Academia. Regarded as the world’s leading performer of the music of Hollywood’s émigré composers, he has taken the lead in the preservation and performance of many kinds of music and has supervised/conducted premieres by composers as diverse as Debussy, Stockhausen, Korngold, Bernstein, Hindemith, Elfman, Ives, and Shore. As an accomplished recording artist, John Mauceri has over 70 albums to his name, and is the recipient of Grammy, Tony, Olivier, Drama Desk, Edison, Cannes Classique, Billboard, two Diapasons d’Or, three Emmys, and four Deutsche Schallplatten Awards.

The theme of the first half of the 2017 Hollywood in Vienna gala concert is “Fairytales” and will feature music from the Disney Live-Action movie “Beauty and the Beast”, “The Narnia Chronicles”, “Finding Neverland”, “The Lion King”, “Life of Pi”, and music from the “Final Fantasy” video game series, celebrating its 30th Anniversary.

Hollywood in Vienna was founded in 2007 by Sandra Tomek (Tomek Productions). The symphonic gala concert celebrates classic and current masterpieces of film music. During the course of the gala concert, the City of Vienna awards one of today’s leading film music composers with the Max Steiner Film Music Achievement Award. The Viennese composer Max Steiner belongs to the most influential pioneers in the history of Hollywood movies and scored all-time classics like “King Kong”, “Gone with the Wind”, and “Casablanca”. The award is meant to be a symbol of recognition for exceptional achievements in the art of film music.
For more information please visit: http://www.hollywoodinvienna.com/