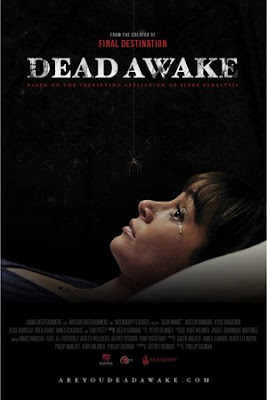 Give them points for trying but DEAD AWAKE doesn't quite work. While generating some chills and having an interesting story the film is hurt by the fact that when the evil force comes out characters are lying still in a bed. It just ceases to work after the first time, which is a shame because the film has some nice moments and some pretty good performances.

Worth  look for horror fans on an undemanding night
Posted by Steve Kopian at March 02, 2017