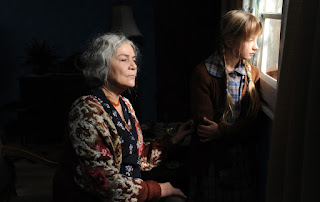 HANNA'S SLEEPING DOGS
Decades after the end of the Second World War secrets are still being kept. When an unexploded bomb turns up the war is brought back to life including the fact that Johanna’s family are kind of outcasts - her mother and grandmother being secretly Jewish. Good drama kind of loses its way in insisting that it is about something. While the story remains compelling the air of importance hangs over the film which distracts from the story. To me the best films sneak up on you…this one doesn’t , it wears it’s heart on it’s sleeve. That keeps the film just being good instead of something more. 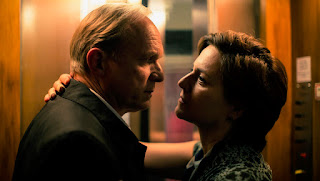 ORIGINAL BLISS
A woman going through the motions of her life and who has lost all faith because God has seemingly abandoned her. She connects with a self help guru whom she hears on the radio and the two begin to spiral in towards each other.

Unexpected and quite moving film does not take the easy road in telling it's story of a life lived. I thought it was going to unfold in a conventional way but found that the twists and turns, not to mention the brilliant directorial storytelling choices make this one of the truly special films playing at KINO. The final section of the film is simply one of the most amazing sequences I've seen in a very long time (and I'm pissed because I can't tell you what it is other than its a sort of POV one because it would tell you where things go. 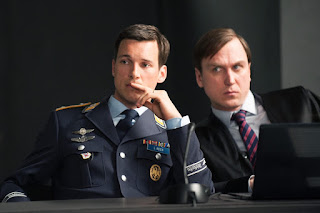 THE VERDICT
Court room drama ran on German TV that ended with the audience voting guilty or not guilty. The result is gimmick film that is an interesting polemic and less a satisfying film. The plot concerns an airforce pilot brought to trial for downing a commercial aircraft that was hijacked. The planas going to be crashed into a packed soccer stadium and the only way to prevent a bigger tragedy was to shoot the plane down before hand. What is the correct choice? Food for thought but little else the film is all talk (this is all set in a court room)  and even though it only runs about 90 minutes my patience ran out about of the third of the way in.  More a curiosity than anything else.

POWER TO CHANGE
Documentary on initially focused on Edy Kraus who has the idea to use waste pellets to generate the energy needed for Germany. This then leads into a discussion of renewable energy sources and our future.

Good, if a tad flashy film is not going to break a lot of new ground for anyone who is already interested in new and sustainable energy sources, however the perspective on the subject from a German perspective makes the film worth seeing.
Posted by Steve Kopian at March 28, 2017