As we disappear down the rabbit hole of the pre-fest press screenings for the Tribeca Film Festival the world outside of lower Manhattan is exploding with festivals of their own.

When you get down to it Kino, New York’s annual look at German cinema is one of the best programmed festivals in the city. It is a killer festival that seems to be running just under most people’s radar. In the four years since the festival went independent (it ran at MOMA previously) it has run some of the best films to play New York. It’s a festival is so good I look forward to it because I know I’m going to get a whole bunch of films I can whole heartedly recommend to my friends and family.

The best thing about Kino is the films don’t stink. Yes some films are better than others but there are no real stinkers. We’ve seen 9 or 10 of the festival’s dozen films and the ones I didn’t absolutely love suffer simply because of comparison to the rest of the series.

This year the festival starts  Friday and runs through April 6th. It’s playing this year at the Sunshine Landmark on Houston Street.

24 Weeks- a heart rending look at a woman who has to consider a late term abortion after discovering that the child will be born with severe handicaps.

Wolf- a visceral look at a lone wolf woman who connects with a wolf and what happens. Unique one of a kind. Not for all tastes but definitely something truly special

Original Bliss- A brilliant film of a married woman who finds a soul mate in a talk show host. Its as well made as it is moving.

Paula great film about Paula Modersohn-Becker the first female painter to have a museum built just to house her works.

Go to the website-pick some films and buy tickets. 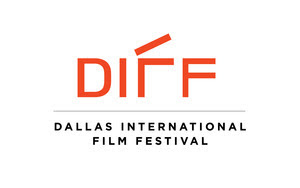 The Dallas Film Festival starts Friday and runs through the 9th of April
A super festival run by some truly wonderful people I had a blast last year covering the festival. This year Unseen’s coverage is going to be extremely spotty, life has gotten in the way.

However just because we may not run a boat load of reviews it doesn’t mean we haven’t seen stuff. Below are links to reviews of the films we’ve covered previously

I have seen MINE which is opening during the festival. It is a good showcase for Armie Hammer who plays a vet stranded in a desert mine field. My review has to wait until the film is set to open in theaters.

I discovered the River Run Film Festival in WInston Salem North Carolina accidentally. Looking up some information on one of the films they are showing and discovered that it was playing at the festival. When I looked into the festival I realized that the fest is showing a great number of really good films. To be honest while I’ve posted links to the films we’ve covered there is a good number of other titles that we’ve seen but just haven’t written up.

On the basis of this year’s slate River Run looks to be one of the best programmed festivals I’ve run across in a long time. I could happily spend the whole festival rewatching stuff I’ve seen and trying stuff I haven’t.

For some helpful reviews look below,.

ABACUS SMALL ENOUGH TO JAIL
CINEMA TRAVELERS (One of the best films of 2016)
THE ISLANDS AND THE WHALES (an absolute must on a big screen)
LAWRENCE OF ARABIA
THOSE WHO JUMP
LOST CITY OF Z
ORNITHOLOGIST
PRISON DOGS
PULITZER AT 100
RUMBLE INDIANS WHO ROCKED THE WORLD (One of the very best of 2017)
SACRED
SUPERGIRL
SWIMTEAM
VISITORS DAY
WINDOW HORSES (One of the best films of 2016)
---
Festival reviews and new releases this week.
And I'm collecting all sorts of goodies that Randi has been sending me so look for a special post before Tribeca of great short films and a the return of her links.
Posted by Steve Kopian at March 26, 2017