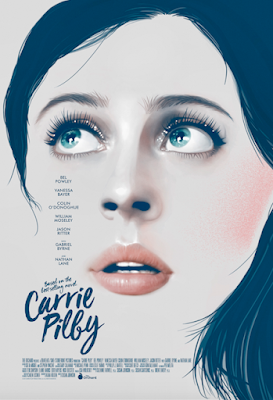 I loved this film so much. I texted several friends right after, telling them they must see it when it comes out.

Carrie Pilby is the story of Carrie, a 19 year old girl living in New York City with a high IQ who went to Harvard at the age of 14. She spends her time reading books and doesn’t have friends. She sees a therapist, played by Nathan Lane who gives her a list of several goals, such as make a friend, get a pet, go on a date, in hopes that doing these things will make Carrie a happier person.

I don’t want to give away too much of this film, I think it’s better for people to just see for themselves. I found the humor to be very clever, I laughed out loud several times, and I thought the movie was sweet as well. I also cried. I loved all the actors in it. Ben Powley, who I first saw in Diary of a Teenage Girl in 2015 did a lovely job. I loved Nathan Lane as the therapist, William Mosley who plays her charming neighbor, Colin O’ Donough plays her professor. Gabriel Byrne plays her father, and Jason Ritter (John Ritter’s son) plays a man she meets from a personal ad.

I definitely recommend it.