Catch Up Capsules: TEEN TITANS GO TO THE MOVIES, A QUIET PLACE and MISSION IMPOSSIBLE: FALL OUT 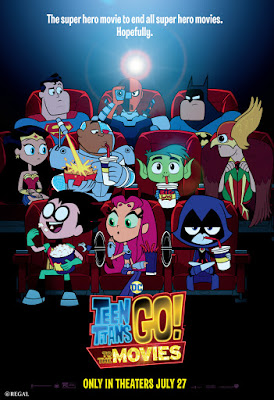 Teen Titans Go To The Movies
Wickedly funny send up of all things superhero and cinema is an unexpected delight.
Okay yes I suspected that I would like the film because all my friends loved it but at the same time I didn’t expect to be giggling for the entire 85 minutes. I also didn’t expect to immediately want to watch the film again to catch all of the throw away gags that fill the backgrounds. Nominally the story of Robin trying to get his own movie because everyone else has one, the film spins off into unexpected directions with the result we never know what is going to happen next. (I mean Challengers of the Unknown? Who expected to ever see them on the big screen). Highly recommended to everyone, and even more so to anyone who loved superhero/comics. 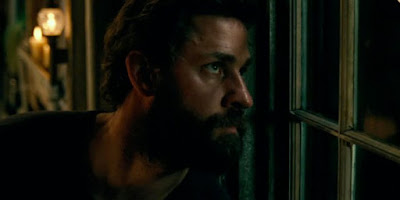 A Quiet Place
A family living alone in an isolated cabin struggles to stay alive after the world is over run by creatures attracted to sound.
Hailed by many as one of the scariest films in years and one of 2018’s very best, I was kind of left scratching my head . The monsters while looking cool (despite just okay CGI) make zero anatomical sense. Rarely have I ever looked at a movie monster and simply said “no”. There is no way anything would ever look like that. Additionally when we got to the end and we discover the monster’s weakness all I could think was- “no one thought of some form of that earlier?” While I freely admit that I shouldn’t be picking the film apart since it is just a horror film, but at the same time it shouldn’t give me a reason to do so. 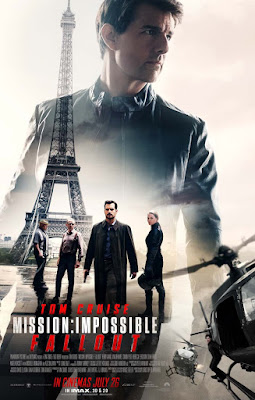 Mission Impossible Fallout
Tom Cruise returns to the big screen in a big loud film that is better than most of the recent films in the series but it is still ultimately a wafer thin plot stretched too far between a series of spectacular set pieces. Yea, it all looks great but there is no cost until close to the end. Yea,  it looks great but frankly you know how it's going to go (as several people have said Ethan should have died at the end). I liked it but I was never fully hooked and wandered in and out of the living room even during the exciting bits. Action fans will eat it up, all others less so.
Posted by Steve Kopian at December 26, 2018