Catch up Capsules: HURRICANE HEIST, BILLIONAIRE BOYS CLUB and ALL THE MONEY IN THE WORLD 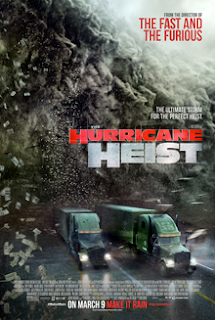 HURRICANE HEIST
Big loud and mindless action film has robbers trying to steal 600 million dollars from a treasury shredder during a hurricane. It should have been easy but one of the guards had the code changed. Impossible to review film is exactly what you think it is- nothing more nothing less- only damn more entertaining. If you want mindless action this is the ticket. 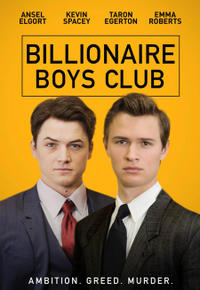 BILLIONAIRE BOYS CLUB
Destined to go down in movie history as an ill-advised release starring Kevin Spacey after the revelation of his sexual misdeeds BILLIONAIRE BOYS CLUB is going to be noted in the history books instead of fading from view as an unworthy misfire. Equally legendary will be it's box office take, which, since no one actually went to see it, was a couple hundred dollars. The story of an infamous murder, the film plays like a bad network TV movie. Watching the film I had the sense that it all looked good on paper but something happened in the making and what looked good proved to be really bland and pointless. Not worth the effort. 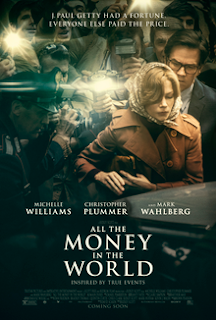 ALL THE MONEY IN THE WORLD
Infamous film that had Kevin Spacey removed from the film and replaced by Christopher Plummer who subsequently was nominated for an Oscar. This story of the kidnapping of the grandson of John Paul Getty and Getty's refusal to pay the kidnappers is a good and well made film, with excellent performances but to be honest about a third of the way in my interest waned. Not because it was bad more because I didn't see any reason to care. Why exactly was I being told this story? I wasn't sure. Sure  it's a good tale but outside of the Spacey nonsense I don't know why it attracted the attention it did.
Posted by Steve Kopian at December 23, 2018