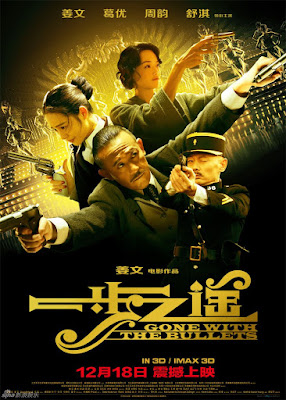 Jiang Wen's epic follow up to LET THE BULLETS FLY is a huge sprawling film spanning years that begins with a riff on the GODFATHER  then speeds through huge MGM musical numbers before heading off into all sorts of other directions that stylistically echo the history of film and China.

A really big "what in the holy hell was anyone thinking" sort of a film, GONE kind of bludgeons you with its everything except the kitchen sink approach. (Frankly the sink could be there but may have been cut with the 20 or 25 minutes that went to make the international cut). So much is going on, and so much visually and stylistically is being thrown at us that I honestly haven't parsed it all out yet. I still haven't deduced all that happens in it.

The film has a small time gangster being asked by the seventh son of a general to help make his new money old. His solution is to hold a pageant/beauty contest for escorts around the world. The contestants are to compete in Shanghai.  This sets in motion the events that will shape everyone's life for better and worse. So much happens that I can't really try to explain it simply. Frankly I'm not sure Wen ever really had total control of the story which bumps here and there like a bull in a china shop (no pun intended)

Ultimately GONE is a mess. It has way too much going on and way too many characters and is hard at times to follow (though it could be because I saw the shorter International version). At the same time it is an epic unlike anything you've ever seen and as such is required viewing. You may not like it but by god you will know you've seen something by one of the most interesting filmmakers working today. 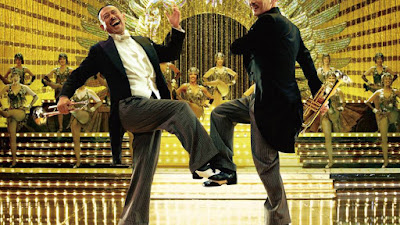