Catch Up Capsules: LATIN HISTORY FOR MORONS, NANNETTE, and SPRINGSTEEN ON BROADWAY 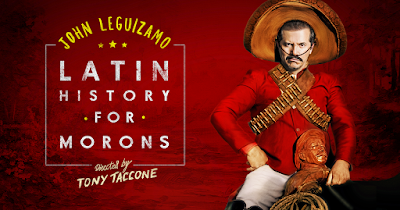 LATIN HISTORY FOR MORONS
Netflixed filmed a performance of John Leguizamo’s Broadway show while it was on tour and we are better for it. As with all of his shows the premise is always the launching point for his ramblings examinations of his family and life. In this case how reported Latino history collides with reality and how that shapes how we see ourselves. Yes Leguizamo is talking specifically about Latino history but as always he is speaking larger truths about everyone. Its very funny and highly recommended. 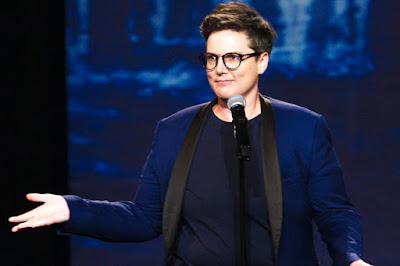 NANNETTE
Billed as a comedy monolog Nannette is a long pained scream at the world and at men in particular. It is a gut punch that is going to split audiences, not so much for what it is but for how it is billed- a comedy. While it is funny at times, more it is pained and painful. The film is Hannah Gadsby discussion of comedy of marginalized individuals by pondering if her turning her life into comedy was more helpful than hurtful.She then flips things in order to make straight white males feel how marginalized individuals do on a daily basis. A deeply emotional show it is recommended for those who feel they are ready for it. For anyone looking for a full on hour of jokes look elsewhere. 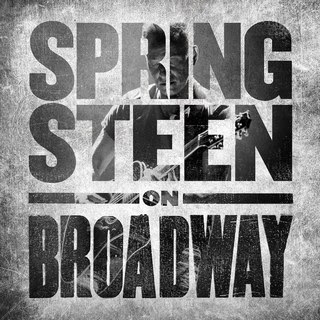 SPRINGSTEEN ON BROADWAY
Bruce Springsteen’s record breaking show was recorded and is no on Netflix for considerably less than the $600 or more a ticket it cost to see it live. A wonderful deep dive into Springsteen’s life (much of the monolog is lifted directly from his autobiography) it is also the best looking of any Netflix live performance I’ve seen. As much as I like the show the one thing that stuck with me is that Springsteen almost never looks at the audience, instead searching the floor for his words. Regardless the show is worth your time.
Posted by Steve Kopian at December 25, 2018