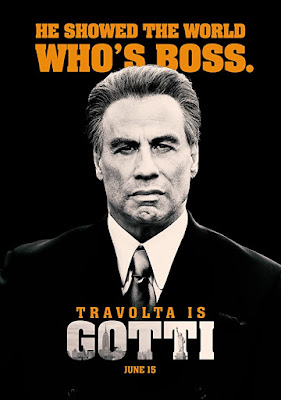 GOTTI
John Travolta is adrift in this bio pic of crime boss John Gotti. A jumbled mess of a film that jumps through time and space the film is being hailed as one of 2018's worst film. While I would have no trouble arguing against that, I've seen some truly awful stinkers this year, it is by no stretch of the imagination a good film.  While Travolta is game, the construction of the film is not, with the result that the film has zero narrative flow and is simply a series of scenes randomly put together. Whose ever idea was to use a blender to edit the film should be double tapped to the head and left in the weeds in New Jersey. This is like the films rushes and not a finished film. The editing is so bad that everything falls flat and lines that should have impact simply sound incredibly stupid. This is one to avoid. 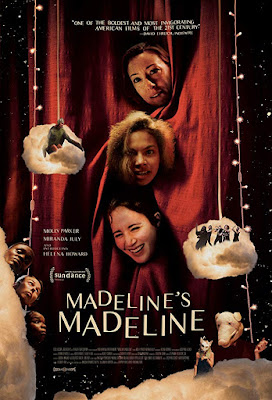 MADELINE'S MADELINE
An actress in a theater production takes the role a little too seriously.
Side me with the people who are scratching their heads about this subjective take on reality and exploration of self (or something). I know a lot of people who absolutely love this film a great deal but I was constantly pondering what exactly I was seeing and what I was supposed to feel. despite my best efforts to slip into the film and it's head space I never could manage to click with it. While I completely love entire sequences and all of the performances, as a whole it never came together for me and simply felt like a series of random sequences that didn't add up to much. Your mileage may vary. 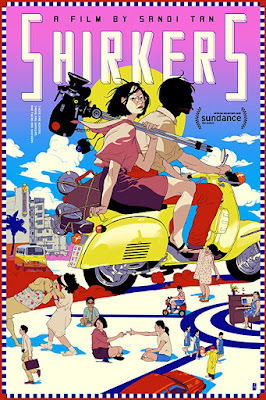 SHIRKERS
Sandi Tan revisits the film is made as a teenager called Shirkers which was stolen by her film teacher. Years later the footage resurfaces, minus the soundtrack and it sparks Tan to revisit what happened and how the film shaped her life.  Solid memory piece is a one hell of a tale filled with great people, wonderful stories and is exactly the sort of thing that if it wasn't true no one would believe it actually happened. While I'm not quite as in love with the film as some others (it's won some end of the year awards and is believed to be an Oscar nominee shoe in) I enjoyed its tale.
Posted by Steve Kopian at December 21, 2018