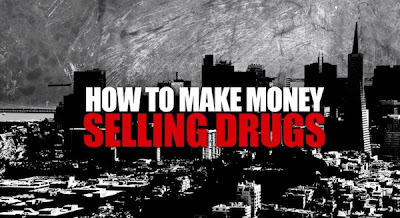 Very good, very cynical look at how money is to be made selling drugs and how the war on drugs is counter productive.

Arranged as if it was a how to video in playing a video game the film very simply and very clearly lays out how you can make a fortune making drugs. It of course lays out the dangers. The film also includes about a bonus level about government insanity concerning the so called war on drugs.

A frequently funny film this is a no nonsense relatively bullshit free look at the war on drugs and why there is so much money to be made selling drugs. Talking to both former dealers and cops the film shows why the war on drugs isn't working and why it will never work. The film then grows much darker in the final act as the film looks at addiction and the hypocrisy of allowing tobacco and alcohol (the real gateway drug) while banning other drugs.

As someone who comes into contact with the war on drugs on a daily basis in the day job I was kind of shocked at how clear minded and level headed the film is. I can't argue with anything that the film has to say, which is the situation is not going to get better because there simply is too much money to be made.

One of the best films at Tribeca. A vital and important film that everyone should see.
Posted by Steve Kopian at April 28, 2013