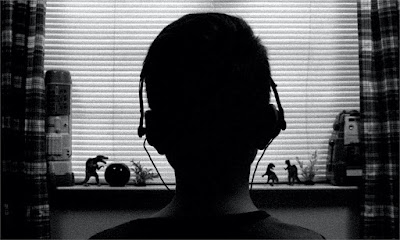 At the height of the first wave of the AIDS crisis a closet gay man returns home to see his conservative family in Texas for the first time in three years.

I don't really want to say too much about where this film is going to go but you can kind of guess where it is heading. Its not really revealing anything to say he is dying and he is home to make peace and mend fences. He is also trying to reach out to his younger brother who also is "different". What is different is how it plays out which helps keep this from being something you'll be a head of.

The thing that works best and what manages to hold our interest is the great cast which includes Cory Michael Smith, Virginia Madsen, Michael Chiklis and Jamie Chung. They sell the story even when we know where it's going and as a result we do get weepy at the end.

Actually the final message given from the older brother to the younger is perfect. It is a message of hope that any and every kid, particularly an outsider, needs to hear- that there is life outside of your hell and that if you try, you will be able to find people out there who will love and accept you for who you are. I  knew it was coming and it damn near wrecked me.