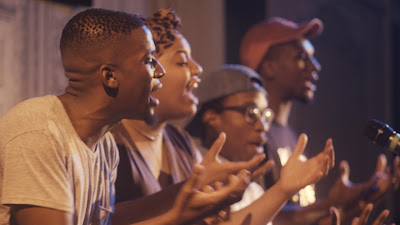 Don’t Be Nice follows a team of young New York City Slam Poets as it prepares for and competes in the National Poetry Slam. It is filled with great people and even greater poetry

Unfortunately it is a film that has given me mixed feeling towards it.

While the film is filled with stunning poetry from the first frame to the last, the film is much too conventional in its telling. There is nothing in how the story is told to make the film stand out. Yes there are some flashy bits at the start, but once the quest to the Nationals happen the film settles in to a style that has been done to death. There is nothing here to set it apart from any of a thousand other films.

While the presentation isn’t anything special the people and poetry in the film are. The chance to spend time with all of the poets and hear their words spill from the screen is what makes Don’t Be Nice a film to see. Watching how the pieces were created is wonderful and the desire to see the finished pieces performed is what holds our attention.

If you love great poetry and sterling word play then you must make an effort to see Don’t be Nice. Trust me when all is said and done the words will be rining in your ears long after the images have faded.
Posted by Steve Kopian at October 12, 2018