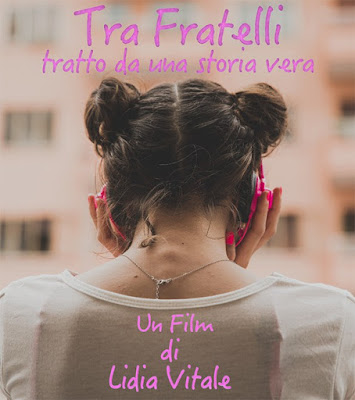 Based on a true event in director Lidia Vitale's life BETWEEN BROTHERS concerns to brothers and the girlfriend of one of them who comes to visit when her boyfriend is away.

Based on the finished film Lidia Vitale needs to start making features ASAP. She has made a film that is smart and genuinely sexy, beautifully shot, perfectly acted with everything tied up with a kick ass sound track. This is a perfect a short film as one can imagine. I can only imagine what she will do with a longer form because I think she's got the short form licked.

You'll forgive me for not going into detail but the film is so filled with visual and aural delights that the best thing to do is simply track the film down (its on the festival circuit) and enjoy.

Highly recommended BETWEEN BROTHERS will screen on Thursday, October 11th, 12PM, Venue 2, at Regal Cinema at LA Live, 1000 West Olympic Blvd., Los Angeles. Tickets can be purchased at http://www.lafemme.org/tickets/ or at the box office.
Posted by Steve Kopian at October 11, 2018