Sinister Capsules SINS OF ROME and TRIP TO MARS (1918) 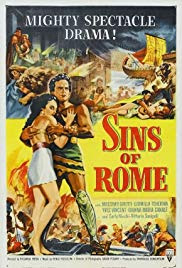 Sins of Rome
Almost a decade before Stanley Kubrick and Kirk Douglas took on Spartacus a version of the story was produced in Italy where it ran roughly one third as long. Differing in a lot of ways from the Kubrick film Sins of Rome still scores thanks not only to the differences but also a real visual sense. Feeling very much like it is the real world and not Hollywood’s idea of it the film has a lovely lived in quality. While the dubbing is adequate the underlying performances are fine and compelling. Recommended. 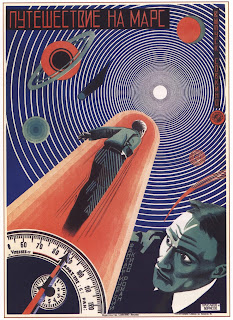 Trip to Mars (1918)
This is a story about a trip to Mars which finds the planet inhabited by peaceful people.
Interesting if dated film looks good and is an intriguing footnote in the history of space travel films. The film is full of point and shoot sequences and tableaux that give the film and quasi-epic feel that make the film feel much more static than it should. Worth a look for silent film fans and those with an interest in the history of science fiction films, but for others it’s going to be a little going a long way
Posted by Steve Kopian at October 15, 2018