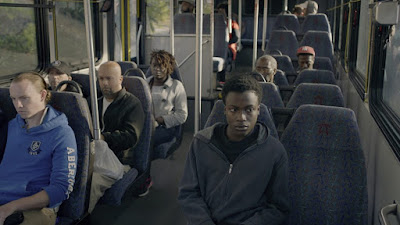 LIFE AND NOTHING MORE is a small masterpiece. It is a slice of life that while the work of fiction carries the credibility of documentary. It feels lived in and as a result we are moved by it.

The plot follows a single mother and her son. She is struggling to keep everything together, and to make sure her son doesn’t follow in his father’s footsteps and end up in prison. As the film opens he is in trouble because he hasn’t been following the court ordered requirements for staying out of jail. Things have to change or he’ll be going away. From there life gloriously happens.

A small gem of a film that you have to search out, LIFE AND NOTHING MORE is the sort of film with a little more luck and big studio behind to really push the hell out of it it would be a front runner for the Oscar and other awards. It is simply everything that the showy Hollywood films struggle to emulate but never manage to achieve.

As I said the film feels more like it’s a documentary than a narrative. This is the result of a cast that so good they don’t seem to be acting. There is a weight to what they are doing that makes you believe it all. They may not be living it in the moment but there is a sense they lived it and we in the audience can feel it.

I don’t know what else to say- but if you want to see a film that needs to be seen, that isn’t going to be on most people’s radar then see this film. If you hate anything Hollywood, see this film.

If you love good movies- see this film.

LIFE AND NOTHING MORE opens Wednesday at the Film Forum in New York
Posted by Steve Kopian at October 22, 2018