November engagements at the Quad

This November the Quad presents a 4K restoration of James Ivory's The Bostonians; Steve McLean's follow-up to Postcards From America (and his first film in nearly a quarter-century), Postcards From London; Claude Lanzmann's final work, Shoah: The Four Sisters, and more
Revivals

With James Ivory in person at select opening-weekend shows 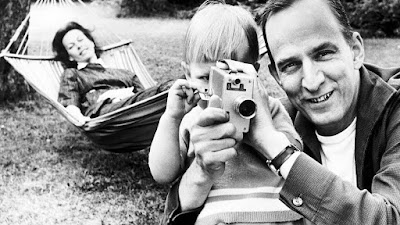 Opens Fri November 2 — Exclusive NY engagement
Margarethe von Trotta, Germany/France, 99m, DCP
One of the key figures to emerge from the New German Cinema movement of the 1970s, Margarethe von Trotta was first inspired to become a filmmaker after seeing Ingmar Bergman’s landmark The Seventh Seal. As a tribute to the Swedish legend on the occasion of his centennial, she’s made this sensitive, generous documentary exploration, interviewing collaborators like Liv Ullmann and admirers like Olivier Assayas. It’s a rich insider’s look at what makes Bergman’s films so resonant, and reveals much of von Trotta herself in the process. In English, German, French, and Swedish with English subtitles. An Oscilloscope Laboratories release

“A valentine from one director to another.” —Variety

Opens Fri November 9 — Exclusive NY engagement
Steve McLean, UK, 87m, DCP
A spiritual sequel to Postcards From America, which opened at the Quad in 1995, McLean’s first film in 24 years is a playfully anachronistic, neon-tinged romp through a vividly imagined Soho—and a crash course in homoerotic art history. Blessed with “the face of an angel,” Jim (Harrison Dickinson, Beach Rats) is recruited by a band of intellectually-inclined hustlers, but his new career as an escort turned muse is complicated by Stendhal Syndrome, a rare psychosomatic disorder that renders him utterly helpless in the presence of great beauty. A Strand Releasing release

"Colorful… [a] fantasia of high art and bared skin.”—Variety 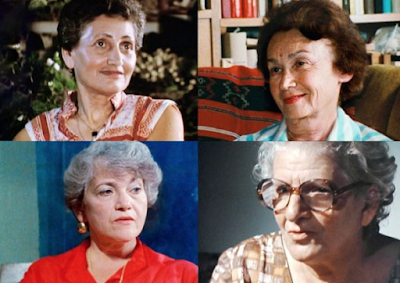 Opens Wed November 14
Claude Lanzmann, France, 148m & 138m*, DCP
Starting in 1999, Claude Lanzmann made several films that could be considered satellites of Shoah, comprised of interviews conducted in the 1970s that didn’t fit into the final, monumental work. In the last years of the late filmmaker’s life, he devoted a film to four women from four different areas of Eastern Europe with four different destinies, each finding herself improbably alive after war’s end: Ruth Elias from Ostravia, Czechoslovakia; Paula Biren from Lodz, Poland; Ada Lichtman from further south in Krakow; and Hanna Marton from Cluj, Romania. “What they have in common,” wrote Lanzmann, “apart from the specific horrors each of them was subjected to, is their intelligence, an incisive, sharp and carnal intelligence that rejects all pretense and false reasons—in a word—idealism.” In English, French, German, and Hebrew with English subtitles. A Cohen Media Group release

Claude Lanzmann’s Cinema of Remembrance, a complete retrospective of the late filmmaker’s work, begins at the Quad November 9.

"Has the emotional impact and cinematic prowess of great drama."
—The Hollywood Reporter

The World Before Your Feet

Opens Wed November 21 — Exclusive NY engagement
Jeremy Workman, U.S., 95m, DCP
New York City has 8,000 miles of streets and avenues and one of its residents, Matt Green, has spent the last six years trying to walk every last one, covering each sidewalk, pedestrian lane, and hiking trail across the five boroughs. For the last three years of his quixotic journey, Matt—now an expert on the odd corners and history of our city— invited documentarian Jeremy Workman along for the walk. Executive produced by Jesse Eisenberg, the result is a stirring, inspiring ode to New York, curiosity, and the simple pleasures of a stroll outside. A Greenwich Entertainment release

"Showcases sides of the city you rarely see in movies and that make it such a strange and fascinating place.” —The New York Times

Opens Fri November 30 — Exclusive NY engagement
Fabio Grassadonia & Antonio Piazza, Italy, 120m, DCP
In their gorgeous follow-up to Salvo, co-directors Fabio Grassadonia and Antonio Piazza build a dark, mesmerizing fairy tale around the true events of a horrific 1993 Mafia kidnapping. When rich kid Giuseppe mysteriously vanishes from his Sicilian village, his classmate Luna (who happens to be in love with him) is the only one brave enough to rebel against the town’s implicit code of silence. Stylishly (wide)lensed by Luca Bigazzi—with shades of Guillermo del Toro—this gripping fable seamlessly blends the real with the surreal. In Italian with English subtitles. A Strand Releasing release