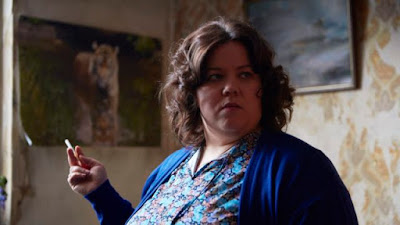 This is going to be brief because I do not want to be in the headspace of Ray and Liz for any longer than I have to.

Richard Billingham’s portrait of his home life with his parents is a little slice of hell. A wide eyed and horrifying look at the home he grew up in we watch as the parents drink, the kids are neglected and lives decay. Watching the film we can’t help but realize that try as we might we aren’t that far off from being these people if we were simply pushed in a particular direction.

A moving version of Billingham’s famous photographs of his parents the film feels creepily lived in. Watching the film my heart bled for him and what he had to endure.

While I understand that art needs to reflect all of life, and I have no problem with a film existing, I’m kind of wondering who would actually want to see this film. While a stark reflection of life I’m not sure who would want to go to the place I shows. If you ware living it you certainly don’t need to be reminded by the pain. If you’re not then I’m not sure what you will get out of it other than the smug feeling that the lives of those in Ray and Liz are not yours.

Extremely well made and attention getting, Ray and Liz is a film I never want to see again.
Posted by Steve Kopian at October 10, 2018