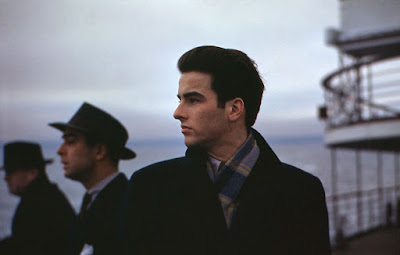 Robert Clift, the nephew of Montgomery Clift, along with Hillary Demmon, takes the  family archives, which includes pictures, home movies and hundreds or even thousands of hours of audio recording and fashions a film which will change everything you thought you knew about his uncle. No longer a man tortured by his sexuality, the film finds a man who loved life and who fought to make films he could be proud of. It is a towering achievement that not only brings the man out from the darkness but which makes his performances something greater.

Don't come into the film looking for a straight on biography of Montgomery Clift, that isn't this film. This is instead a look at Clift's reputation, a tortured soul who self destructed after a car accident and throws it out the window. In going through and presenting the information from inside the family and in the archives Clift reveals that pretty much everything we thought we knew was wrong. Actually it even changed his own mind about his uncle because he too believed the stories until the research revealed all the errors in the stories we take as gospel.

I don't know what to say except wow. Seeing this film made be completely think who Clift was. I really believed the tortured genius stories and discovering that that they aren't true changed everything. You realize just how good he really was. This is especially true with his performance in JUDGEMENT AT NUREMBERG  which I had always been told was simply him dismantling on screen. However, thanks to audio recordings Clift made with Stanley Kramer and his marked up screenplay you realize that it is not reality but is instead one of the most amazing performance you'll ever see.

I know the biggest discovery for many people is going to be the discovery that Clift had no problems with who he was sexually. He wasn't tortured by it, it was just who he was. The fact that he was happy  is one of the reasons he didn't sign a Hollywood studio contract because to do so would have forced him to get married and do fake publicity. He wanted none of that so he found a way to be freelance.

I love this film a great deal. I love that the film sets the record straight. I love that in doing so we get Clift back as a true actor. Revealing that he was okay being bisexual removes all of the subtext of the tortured and self loathing artist that colored all his films. Once more we can see his films as audiences did when they were first released as the work of supreme artist

MAKING MONTGOMERY CLIFT is a masterpiece. It is one of the best films I've seen in 2018 and  it is one hell of a way to close out New Fest 2018 on October 30th. Highly recommended.
Posted by Steve Kopian at October 28, 2018