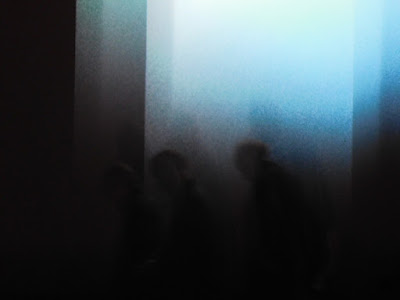 With Halloween approaching and everyone making their lists of horror films you simply MUST SEE. The problem is everyone is hitting the same old titles- you know what I’m talking about- NIGHTMARE ON ELM STREET, HALLOWEEN, ALIEN, HEREDITARY, IT and on and on. If you went by the majority of these must see lists you’d see everything there is to see in one night and never know about the vast trove of horror films out there.

But there are literally thousands of films out there that you probably never heard of and which are way better than the lack of discussion about them would indicate. You have to keep in mind that the reason everyone keeps going back to the same old films is combination of laziness mixed with the big well know films are getting pushed. For whatever reason they had a PR machine behind them that could push them in everyone’s face. As a result you know Jason and Freddie ad nauseum and not a legion of other titles.

We have to correct that.

What follows is a list of 25 films that are largely off the beaten path, that we’ve reviewed in the last two years. While we have reviewed dozens more, these are the ones that are either the best of the bunch that aren’t the big well known titles or are interesting enough so as to be worth a look. I’m not going to pretend that they are all best of the best, that isn’t the case, but they are all worth a look. I've given each film a one line description and linked to the longer review. While you may not like everyone of these I think you'll find a few you'll really like.

Ultimately if you want a good horror film and you are on Netflix or Prime or one of the other streaming services look at the listing for horror and just start watching films - the best stuff is often hidden in under titles that you normally wouldn't try.

(And If you want even more recommendations for off the beaten horror films simply click on the horror tag in the sidebar and page through for hundreds of titles.)


THE BOOK OF BIRDIE - just hitting VOD is a creepy film about a young girl who is put into a convent by her grandmother. Part horror film, part fairy tale it is a film that is not like anything else you’ve probably seen.

WEREWOLF - on the festival circuit this Polish film is about a bunch of children just released from a concentration camp and the horrors of war. It will disturb you deeply.

ENDZEIT: EVER AFTER  another festival film about zombies that is not like anything you’ve seen before. Two women try to get to safety and find that the plague is the result of the earth in revolt.

SHOCKWAVES 1977 classic about undead Nazi soldiers coming back to kill people on an island paradise. A lot of fun and Peter Cushing too.

MANDY() Nick Cage in a wild and weird throwback horror film that is on VOD and in theaters.

CARGO Martin Feeman is bitten by a zombie and has to get his daughter to safety. A great film on Netflix

THE ENDLESS  it may not completely work, but this tale of two brothers visiting the “death” cult they left years before has some creepy moments

HOUSE OF DEMONS  Think a Vertigo comic book melded into a drive-in film in a film about time travel and cults.

THE VAULT  A bank robbery goes wrong...and James Franco has a solid role

DON’T KILL IT  Dolph Lundgren is a demon hunter troubled by a demon that jumps from person to person if you kill its host. This film needs a sequel

BE AFRAID   what is the dark figure that appears in a small town driving people mad and dragging people away?

DELUSION   three years on a man gets a letter from his wife saying she will always be around.

LADIES OF THE HOUSE () friends go home with a stripper only to find she and her housemates are cannibals.

WITHOUT NAME () A surveyor goes to an isolated house to map a forest and finds something weird in the woods.

INERASEABLE () is one of he scariest films I’ve ever seen. The story of a haunted house that becomes truly terrifying

THE WAILING ) Mostly one of the scariest films I’ve ever seen about a town where everyone is going nuts and the efforts to stop it which leads to a demon.

(And a big thank you to the great Ted Geoghagen for saying on Twitter how all the list cover the same five titles- Ted -your anger got me to do this list. I hope you approve.

And while we are talking Ted don't forget to see his WE ARE STILL HERE and MOHAWK for two very different types of horror films)
Posted by Steve Kopian at October 05, 2018