A Last Serving of (almost) Turkeys: Geostorm, Terror of the Barbarians, Crypt of Dark Secrets, Beyond the Caribbean, and Spy Hunt 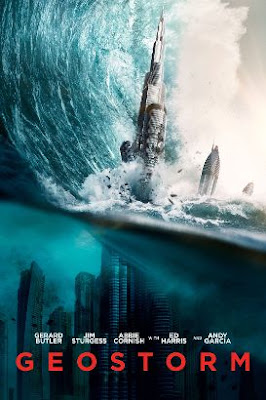 GEOSTORM
Gerard Butler has this knack of picking fun but incredibly stupid films- case in point GEOSTORM about a weather control system being used for evil.

There isn't much to say other than Gerard Butler is the good guy who spends most of his time in space while the heavy lifting is left elsewhere. Its a grand evil plot  of course that has to be stopped which is incredibly stupid but does allow for some spectacular destruction. The destruction is why this film exists and the only reason to see this film. I mean the plot is awful and the acting is pay check job quality.

I enjoyed it but lets face it I love bad films. 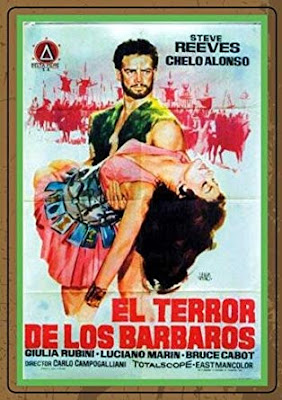 TERROR OF THE BARBARIANS (AKA GOLIATH AND THE BARBARIANS)
Not so much bad but rather dull film set toward the end of the barbarian control of Italy. The horde pisses off a muscle bound guy (played by Steve Reeves) when they kill his parents and sack his home. Swearing revenge he brings the horde to their knees.

Good looking historical epic is more talk than action. While not bad it drags something awful with the result you are probably going to nod off half way through. 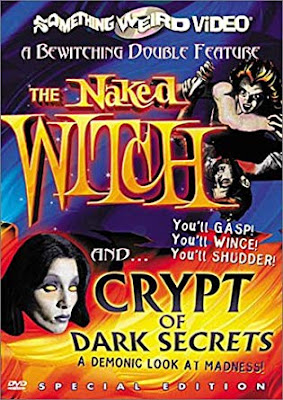 CRYPT OF DARK SECRETS
This is a cheesy drive in film of the sort that filled the drive-ins of the American South during the early to mid-1970’s. Simply put the plot of the film has a backwater witch resurrecting the Vietnam vet she loved when he is killed in order to get revenge on the bad guys who killed him.

It’s a bright and splashy film that is just interesting enough to have survived multiple bookings on numerous double and triple features. A serviceable entertainment it is best viewed in terms of it playing at a drive-in as part of a double feature. In actuality it is best viewed as a part of an evening’s entertainment where other drive-in fare is being screened. (Aim for one of the DVDs on which it appears which have multiple films on them.) 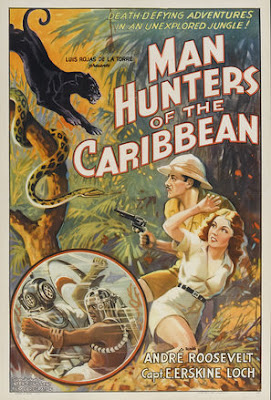 BEYOND THE CARIBBEAN
Contrived adventure film made up of footage shot by Andre Roosevelt stitched together by studio shot film about his adventures rescuing a damsel, seeing local color and deep sea diving. The documentary footage is often really good but there isn't enough of it to make sitting through the made up stuff worth it since your interest will wane. 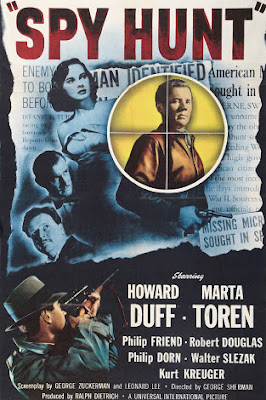 SPY HUNT
Microfilm is hidden in the collar of one of two black leopards going to Paris. When the car is intentionally wrecked the panthers escape  and are hunted in the wilderness. Solid B movie is entertaining while its on but if it wasn't for the panthers it would be completely forgettable. Worth a look if stumbled across but not worth searching out
Posted by Steve Kopian at November 25, 2018