The two collections of shorts at Blood in the Snow are really good. Its rare that you get one shorts collections that are this good never mind two. While I liked some films more than others over all the films are really good, especially when grouped together.

What follows are some short takes on all of the films in the first collection. Because of the nature of the films, they all have turns in  them, the discussions are brief. 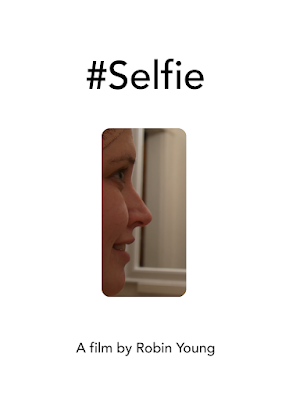 #Selfie
Awesome film about a woman alone taking a selfie-I can say no more- really. Just see it 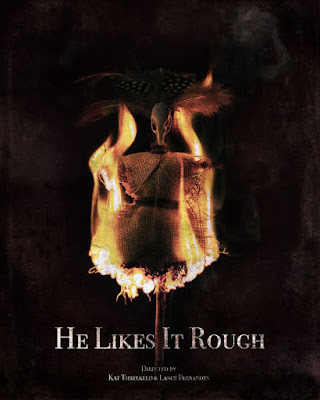 HE LIKES IT ROUGH
Nice little film about how a woman gets revenge on the man who took advantage of her. 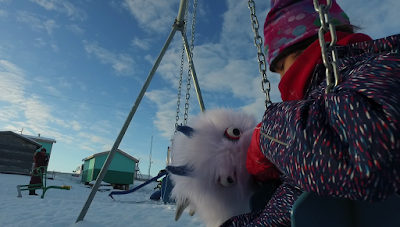 FROSTBITE
A cute film about kids learning to prevent frostbite. This is really amusing, but other than the tone this really doesn't belong in a horror film festival.(its much too cute) 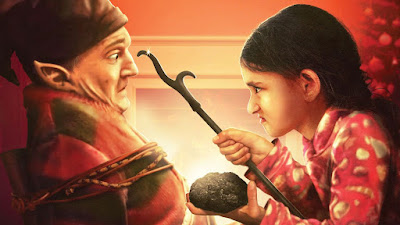 SANTA"S HELPER
An elf has to deliver a piece of coal to a kid on the naughty list or face Santa's wreath- the thing is the kid is really bad. Good little film

THAT'S NOT ME
A woman's best friend comes over to visit-only it may not really be her best friend. Creepy chiller succeeds even if you suspect where it maybe going because it simply creates so much mood you can't help be be on edge. 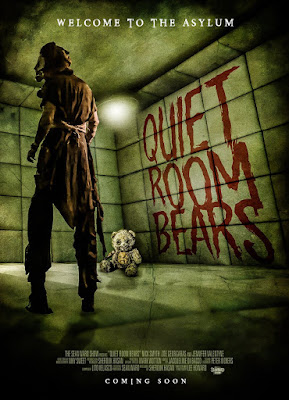 QUIET ROOM BEARS
As a man begins to work on his vacation home before his family arrives, strange stuffed bears begin to show up.... creepy as all hell horror film would make a killer feature film, and possible start of a series because the film ill leave you wanting to know more. 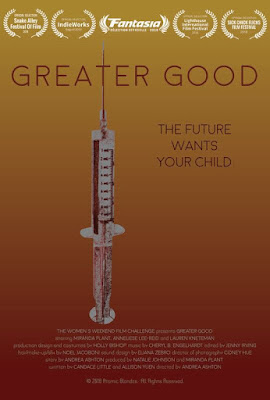 GREATER GOOD
A pregnant woman id visited by two visitors and given a choice... An interesting little film that is more interesting in what is trying to do than what it actually does. There is something about the way it plays out that doesn't quite put it over. 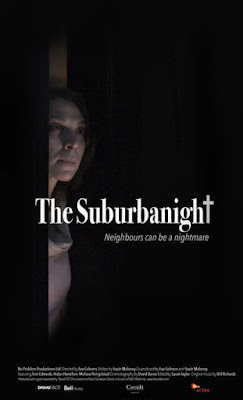 SUBURANIGHT
A mother keeps being interrupted by an annoying neighbor when she is trying to spend quality time with her kid. I've shortened the official synopsis because if you read it you'll know where this is going and that's a shame since not knowing makes this a nifty little poisoned confection. 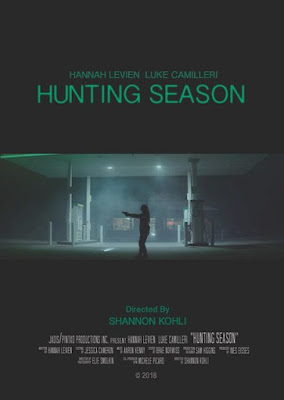 HUNTING SEASON
While working a night shift at a remote gas station a woman hears of the escape of a dangerous animal...and I really hate this film in that I can't discuss this film other than to say its a neat little tale, but you can't know anything about it or else the magic will be gone. Seriously the trick in watching this the first time through is not to know anything. SO I will not say anything, other than just see it. 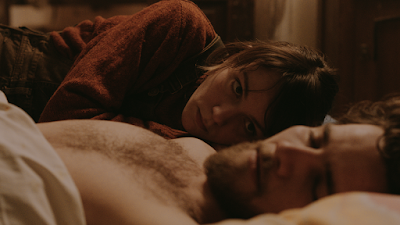 SUPINE
This film about a female taxidermist who picks up a hiker  vexes me. I love how it looks, I love how it plays out...I'm not sure that the pay off fits with the journey. Done get me wrong its really good, but I keep feeling it should have been more... still its worth a look.

For tickets go here
Posted by Steve Kopian at November 21, 2018

Email ThisBlogThis!Share to TwitterShare to FacebookShare to Pinterest
Labels: horror, shorts, The Blood in the Snow Canadian Film Festival 2018